Artistic Roller Skating is a sport consisting of various events. Usually these are accomplished on quad skates, but inline skates are also used for some events. Many types of events are organized according to age and experience. There are nine regional competitions in the US which lead to the National Championships and World Championships.

There are prescribed movements symmetrically composed of a minimum of two circles, and a maximum of three circles. It involves either primary, or both primary and secondary movements with or without turns. These are skated on circles, inscribed on the skating surface. 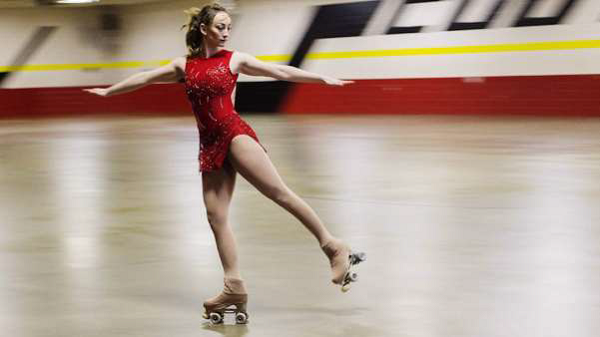 Basically, there are two types of dance in skating −

Accuracy of the steps are the basic factor of judgment for the skaters while performing a particular dance. They are mostly judged by their turns and edges and apart from that they are required to portray themselves in elegance during the dance and should pay full attention to the timing and the rhythm of the music. 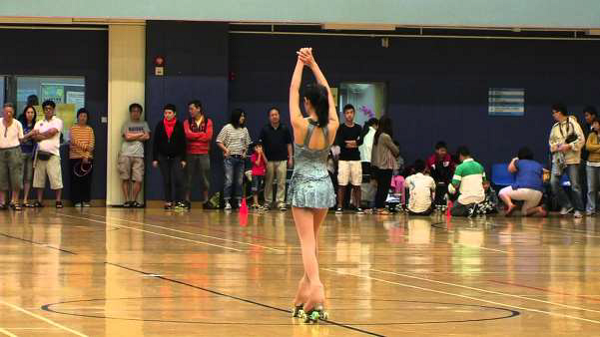 In freestyle roller dancing, the physical movements are based on music. This type of dance is neither choreographed nor pre-planned so any level of athlete can come and dance.

In this type of dancing, the members of a team should be either four or in the multiple of four. The following elements are performed in this types of dance −

The judgement is based on the team’s ability of skating together and its choreography.

In this either a single or a pair of skaters perform on the music. The factors to judge are their ability to skate and also creativity. Movements like jumps, turns and spins are expected in this type of performance. Sometimes two songs are played for an individual or couple of skaters.

In inline skating, the players perform on inline skates. The basis of the judgement is creativity and skating ability as the skaters have to include jumps spins and turns in their performance.

In this type of skating, a large group of skaters skate on the streets. Previously the touring was limited only to quad roller skate club but later on it also started in inline skate competitions.

Aggressive inline skating is a type of skating with tricks. Here the individual performs tricks using a slightly different skate than the normal one. This type of skating is seen at a skate park on the street including tricks like grinds, spins, and flips.

Roller hockey is another name for a roller sport which existed long before inline skates were even invented. Quad skates were used to play roller hockey in many countries all over the world and has many names.

Roller derby is a team sport played with the use of roller skates on an oval track. Originally, for skating demonstration, an out of speed product has been developed and trademarked. The sport which is mainly played by women is currently undergoing a renewal as a grass-roots driven 5-a-side.