Speed-skating is a racing sport in the world that is played on ice and the players have to race with each other by travelling to a certain distance. It is believed to have originated in the Netherland. After that England began to take part in this sport.

The competitors race on ice for a certain distance. They use skates for sliding over the ice. This sport is mostly played in icy countries. In this sport, the players require body-balancing and very high concentration during movement at high speeds. Players can be teenagers and young people.

The major objective of this sport is to skate over ice for a certain distance and reach the finish line. Balancing your weight and the slide are the major entities for people who take part in this sport. Efficiency in speed skating improves your skating skills for recreation and competitive purposes. Speed skating began to be a major form of transport across frozen water bodies. 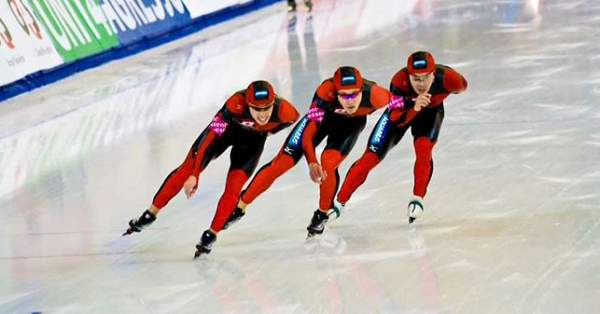 In the frozen regions of the globe, skating was the only transport and means of communication in ancient times. Hence, the sport is often played over the ice belt regions of the world. But slowly, it began to prove its importance in Olympics too.

In Speed Skating, the players learn teamwork, of being organised and persistent, and also the art of setting and reaching goals. It builds discipline and also teaches the value of good sportsmanship.

Regardless of age, skaters have a great determination to race as fast as they can. This youthful enthusiasm is unmatched. This discipline demands blend of strategy, stamina, and quickness.

Formally, only three skaters should skate at a time. But competitions may allow three to four skaters for making the participants more interested in the event and players get a better chance of winning. The extra player is considered to be a Relay player for replacing the players who are tired or who fall down. 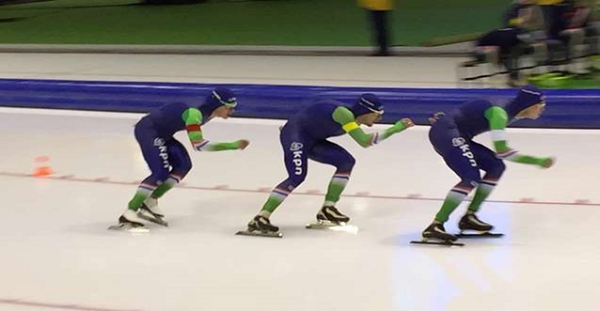 Skating on the track has a team of four who trade off after finishing any lap they choose. This results a zone with high traffic. When racers start zipping past, ingoing skaters are pushed up for reaching high speeds by team mates. The skaters who exit the track grasp some air and get ready to return into the race. Lots of things can go wrong in this race but a good planning results in better chances of survival opportunities.

The Dutch were the first in history to skate over ice to maintain communication from one village to another during the 13th century. Gradually, it shed its wings towards England, to form its first clubs and artificial rinks. Some passionate skaters include famous England Kings, Napoleon III, Marie Antoinette and some other famous personalities.

The unofficial first skating was held in the Netherlands in the year 1676. But officially, the first ever speed skating event took place in 1863, in Oslo, Norway. In 1889, the first World Champion was the Netherlands, which brought the Dutch, Russian, American and English teams together.

Every country that participates in speed skating sport has its own nationwide clubs and events are organised for interested players. Frequently, competitions are held nationwide and also locally for selection process of good players. The discovery of this sport is entitled to Dutch who dominate rest of the world as they have won most of the medals in this sport.