Running is an important branch of Athletics and is also closely associated with the history of Olympics. Running races in international competitions are broadly divided into Sprints, Middle distances, and Long distances.

Sprints are short distance running competitions, usually held for distances of 100 meters, 200 meters and 400 meters. Athletes concentrate on reaching the destination with their maximum speed. A 60-meter sprint race is also conducted in indoor championships.

These races are usually 800 meters, 1500 meters, 5000 meters, and 10000 meters. Athletes participating in these races not only concentrate on running faster, but also on maintaining a high constant speed. Such running races are designed to test the athletes’ strength and endurance. 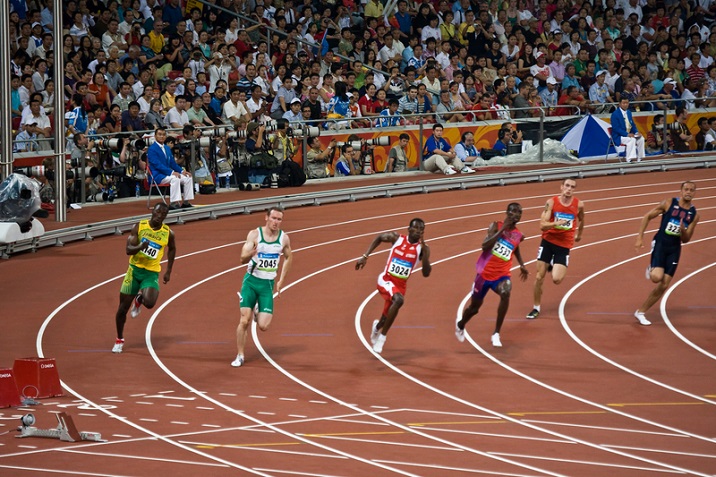 Many of the world’s male sprinting champions are from the United States and Jamaica. The middle and long distance runners of Kenya and North Africa performed well in the recent Olympics, however runners from Great Brittan and USA dominated many of the previous Olympics. Russian women athletes give a tough competition to North African in the 1500 meter races.

East and North Africans are considered to be more athletic and good at running longer distances than their counterparts. Athletes from Kenya, Ethiopia, Tanzania, Uganda, Morocco and Algeria enjoyed success in long distance competitions of 5000 meters.