BJJ (Brazilian Jiu Jitsu) is believed to have originated in Brazil and is considered to be one of the best forms of martial arts in the world. It is often said that if you are physically small or bodily petite, but have mastered BJJ (Brazilian Jiu Jitsu, then you can fight a person double your size. BJJ is based on the technique that immobilizes the opponent. It teaches joint locks, chokeholds, and the art to beat an opponent having more physical prowess. BJJ is considered to have the best self-defence techniques in the world. 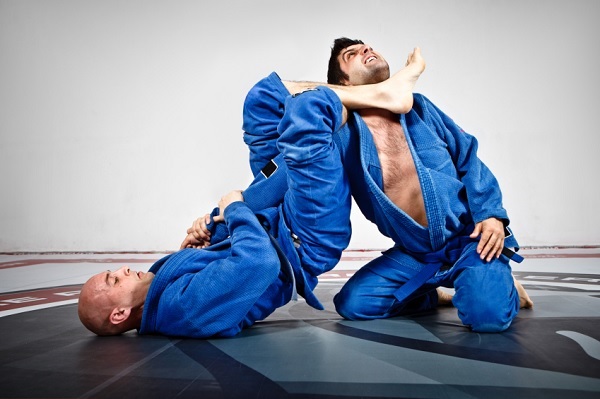 BJJ is played on a mat. Every time a person enters the field of play, i.e. the mat, bowing to the mat, as a mark of respect at the start of the game is mandatory. The basic objective of Brazilian Jiu Jitsu is to use hands and legs to lock and immobilize the opponent. Different BJJ techniques like pull guard, close guard, scissor guard, full mount, joint locks, etc., are used to cramp the opponent, hence seizing his mobility. The intricacies of this game and its laws can be understood by reading this brief but informative tutorial.

Brazilian Jiu Jitsu is played in two categories – Men’s Singles and Women’s Singles. In fact, this is one of those few martial arts where a person having less physical strength can have more control over a strongly built opponent. Unlike other martial arts, fixed long arms, long legs and good flexibility does not matter in BJJ. Moreover, this form of martial arts can be undertaken by anyone without any specific physical attributes, be it a slender built or stout person.

Jiu Jitsu literally means ‘gentle art’. Jiu Jitsu originated in Japan and was practised there for long years. After that, a major evolutionary breakthrough took in the form of Judo, a newly evolved style. Jigoro Kano created a new style of martial art from jiu-jitsu, which he called Kodokan judo. In 1897, Mitsuyo Maeda started training with Kano.

Furthermore, Maeda went to Brazil to help establish a Japanese colony. It was at that place, Maeda met Gastao Gracie. Gastao coordinated with Maeda to create and modify the colony and in return of this favour, Maeda taught Gastao this new form of jiu-jitsu.

From these fundamental techniques, Gracie’s family practised and evolved the Kodokan judo to Brazilian Jiu Jitsu.

Since BJJ originated in Brazil, the neighbouring countries could easily learn this form of martial arts. Over the years, Non-Asian countries have dominated this game and they have currently the best players of Brazilian Jiu Jitsu in the world.

Thousands of people from countries like Japan and Singapore participate in BJJ. Most of these Asian countries also have their own Brazilian Jiu Jitsu Academies. For example, Axis Jiu-Jitsu Academy (Tokyo, Japan) and Evolve MMA for East branch(Singapore).

Apart from Brazil, millions of people from countries like United Arab Emirates, Kuwait, USA, Poland, and Torrance (California) participate in Brazilian Jiu Jitsu martial arts. These countries have many academies dedicated to BJJ in order to teach, organise and popularise the martial art.