Speedway is a motorcycle racing sport which is very challenging and adventurous. The racing tracks are oval shaped dirt tracks. The motor bikes are constructed like some drag bikes which is covered by all essential components. They start with a very light steel alloy frame and comfort the rider with very less front suspension and no rear end suspension. 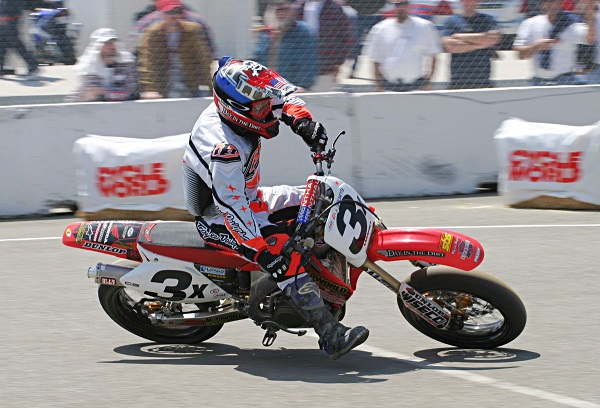 Six riders compete wheel to wheel in this motorbike racing. All the bikers start from the same position and compete to be the first to cross the finish line. The viewers can clearly see the speedway track and it is pretty clear which rider is leading and moving up.

The date and place from where the game started is not known but there are evidences which show that speedway race started before World War I. The first meeting for speedway race was held in UK on 9 April 1928 to feature bikes without brakes. These bikes had broad siding round corners on loose dirt.

The Olympic Stadium of Glasgow, Nelson witnessed the first Proto Speedway on 9 April 1928. The speedway racing was earlier held on well-built tracks. In Australia, the tracks ranged from ½ mile showground tracks which are close to 520m like the Claremont Speedway in Perth and 509m like Sydney Showground.

The International Speedway Championship is held every year in different nations. Some of the countries participating in speedway are United States, Finland, Germany, Britain, Hungary, Italy, Poland, Russia, Sweden, Denmark, Australia, and Bulgaria.

The Speedway Grand Prix (SGP) is held since 1995. These nations have numerous leagues in the entire season of speedway. This season runs from March to October. In smaller countries, the riders participate as part timers and have a second job.