Roller Hockey – How to Play?

Even though the games are played in different fields, based on the type of the game, mostly the rules of both types are very much similar. During the game, each team consists of five players including the goalkeeper. During the game, players try to hit the ball or puck into the opponent’s goal net.

Among the four players of a team, two are taken as forwards where as other two play as defenders. While the forward position consists of a center and a winger, the defenders usually stay together in the left and right positions. The goalkeeper prevents the ball from hitting the net. 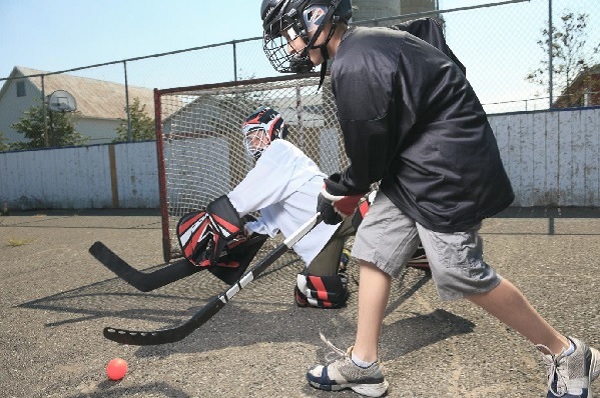 The defenders’ main responsibility is to oppose the forwards of the opponent team from hitting the ball/puck into goalpost. They usually take long and hard passes in order to prevent the opponent to take the control.

The goal keepers are the last line of defense after the forwards and defenders. They stand directly in front of the goalpost and try to prevent the opponent from hitting the ball in to the post. Based on game type, goalies use different glove pads to stop the ball/puck.

In quad hockey, they use a deflecting flat mitt and in inline hockey, they use a catching glove to catch the ball/puck. The players control the ball or puck using the hockey stick which has a curved blade at one end. Players can also redirect the puck or ball with any part of their body but there are certain restrictions to it. 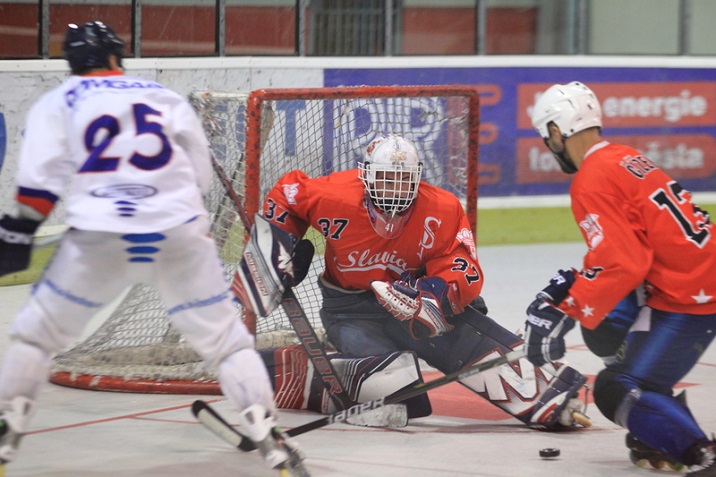 Duration of a Match

The game usually consists of two halves and their duration depends on the level of the play. In high level leagues, first half is of 30 minutes whereas lower level leagues have short duration of 12 minutes. If the game ends in a tie, then either extra time is given or shootout is played.

During shorthanded or line play, teams usually substitute alternate players to the forward line or defense pairing. Substituting the players is allowed at any point of time during the match, which is also called changing-on-the-fly. However, during the stoppage, the home team is given a final chance for substitution.

The board walls surrounding the ground are used to keep the ball/puck in the match and can be used as a tool to hit the ball. The players are prevented from disrupting the opponents forcefully from making a progress, which is also known as Body check. The referees and outsiders never create stoppage to the play in case the ball/puck collides with them.

Usually the play is not interrupted for long time. Once interrupted, the match again resumes with a face off. In a face off, two opponent players face each other and then try to get the control over the ball/puck once the official drops the puck on the floor. The face-off happens in the proper marking area. 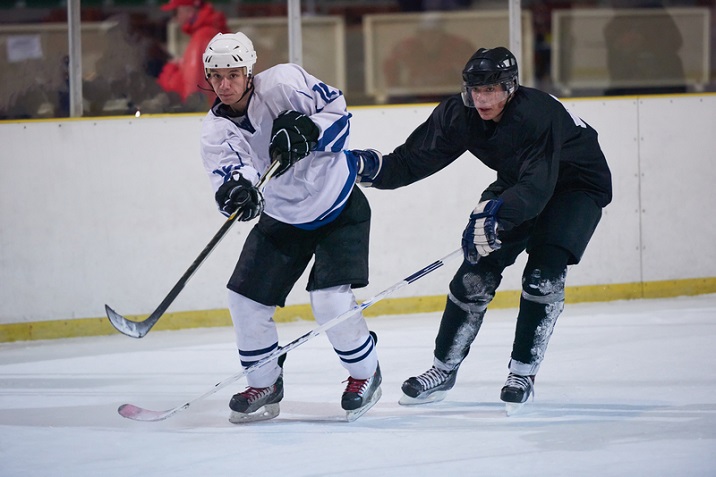 In case of inline hockey, the movement of the puck is restricted. If the puck goes out of the rink while crossing the walls and in to the player’s bench or outside net, it is called out of play. In case of an out of play, the puck is considered dead and the match is stopped by the officials at that moment. Each team can use maximum number of 14 players and two goalkeepers as substitutes.

Blind hockey is played between players who are either totally blind or visually impaired. Sighted players are also allowed to play in this game as all players have to wear opaque goggles during the game. The blind hockey surface is smaller than the general rink and is around 85′ by 60′ size while the number of players as well as goalie remains the same. 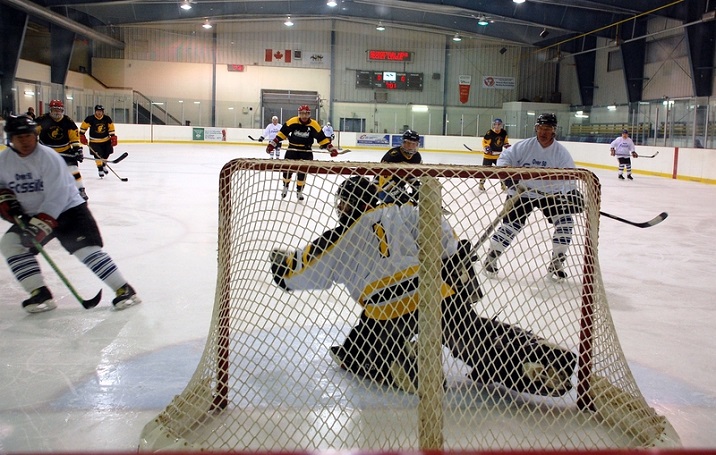