Canoeing is a very popular water sport played extensively all around the world. Canoeing is a sport where one gets into a little boat made for the sport called a canoe and using a single-bladed paddle to steer the canoe, tries to travel down a stream of a river.

In some parts of the world, canoeing is also referred to as kayaking. in which the boat used is called a kayak. The main objective in canoeing is to travel across a stream of water (a part of a river, generally) with the help of a canoe and a paddle. 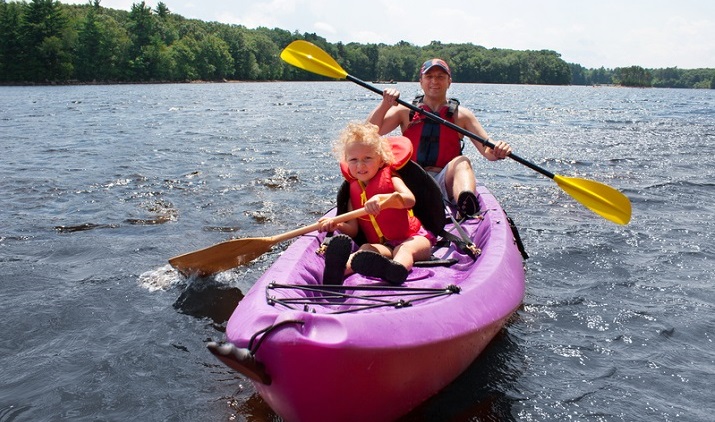 A Brief History of Canoeing

The word ‘canoe’ was generated from the word kenu which means dugout. The first ever canoes were made and developed in thousands of years by the Native Americans. These canoes were made out of large tree trunks by shaping them and making them hollow. It was also made sure that they were strong enough to travel from one island to another.

The more effective and well-known version of the canoe was designed by the North American Indians. They made a frame of wooden ribs and covered them with lightweight bark of birch trees. This simple design has not been modified much over the years and had remained more or less the same. White pine roots were used to hold the joints of the canoes together and then hot pine was applied to make the joints waterproof.

The need for canoes grew by a big margin in the mid-18th century. In fact, the first known canoe factory was established in the year 1750 by the French at Trois-Rivieres in Quebec. These canoes were used by the fur traders and were capable of carrying up to 12 people including a cargo weight of about 2400kgs.

A Brief History of Kayaking

We’ve already seen there is a similar form of canoeing called kayaking. Without going into too much detail about kayaking, let’s take a brief look at its history as well.

The first ever kayaks were made thousands of years ago by Eskimos of the northern arctic regions. Unlike canoes, kayaks were used for hunting and fishing. In the mid-1800s, kayaking started becoming popular as a sport and the Europeans showed interest, but it was started as a sport by the German and French.

In the 1970s, kayaking became a mainstream popular sport and more than 10 kayaking events were featured in the Olympics. India is a participant and also has a website on Indian Canoeing and Kayaking www.ikca.in.

The top 10 countries in this championship are as follows −

India has its own national place for Canoeing and Kayaking. In the 35th National Games in Kerala, there were 36 different competitions regarding both canoeing and kayaking organized by the National Games organization, Kerala in 2001.

Canoeing is a water sport which can be enjoyed as a racing sport. Canoeing is performed in the river and mostly it is hosted in large rivers where the players race while sitting in the boat. They try to cross the river with the help of paddle provided. It can be played as a single person or as a team. Whoever reaches the destination point in minimum possible time wins the race.

In the canoe race, the racers are provided with a canoe, paddle along with eye and head gear. All the players with their respective canoe sit on a single horizontal row and with the signal they start peddling. The river is surrounded by spectators, cameras, and referee who keep notifying the points. This is in case of any championship tournament.

In normal canoeing, it is done casually without the spectators. All the resorts and travel agencies have their own instructor who keeps an eye on all the players, in case they need any help or get into any kind of trouble.

Canoeing has many advantages which are as follows −

Canoeing has a high level of danger because it involves speed, height, supreme physical effort, and the use of highly specified gear. Hence, it gives a tremendous thrill to all its participants.