Even though roller hockey is a fast paced fun sport, physical contact between the players is quite common throughout the game which may result in injuries. In order to avoid injuries, players use different protective equipment. The equipment used by players differ from goalie equipment.

The players use the following equipment while playing roller skating −

In case of quad hockey, the clothes used by the roller hockey players are very much similar to that of football players. All players use socks up to the knee, shorts and sports shirts or jersey.

The jerseys usually cover the shoulders as well as elbow parts. The pants used can be either shorts or ice hockey pants.

The sticks used in this game are different for players and goalies. Usually made of either wood or composite materials, the stick dimensions vary based on the size of the players.

The stick length has to stay between 90 cm to 115 cm. Similarly, the stick shouldn’t be wider than 5 cm or weigh over 500g. The present sticks are mostly made of graphite.

Only in case of quad hockey, a ball is used; whereas in case of inline hockey, a puck is used. The ball has a weight of around 155 gram and it is 23 cm in circumference. The ball is usually made of vulcanized rubber. 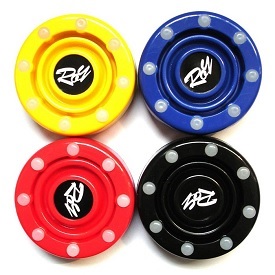 The pucks are used in roller inline hockey and are also made of vulcanized rubber. All pucks have a diameter of 3 inch with 1 inch thickness and a weight of 170 gram.

There are two types of skates available in roller hockey based on type of games and rules. In quad hockey, roller skates are used while in inline hockey, inline skates are used. Roller skates come with four wheels that can be tied around foot which enables the player to roll along with the wheels.

As compared to ice hockey skates, these skates turned out to be real slow affecting the pace of the game. In case of inline hockey, the skates have a set of wheels arranged in a single row which provides the riders not just better control and skill sets but also boost the pace of the game.

As it is a contact sport, suffering injuries because of physical contacts during the play cannot be avoided. In order to avoid accidents and injuries, players use different protective guards for their safety. Some of the protective guards, which are used in roller hockey are explained below.

A helmet is used as a basic protective equipment to prevent head injuries during contact. These helmets are mostly made of flexible thermoplastic with a strap to tighten it. The front part of the face is protected by a face cage attached to the helmet. 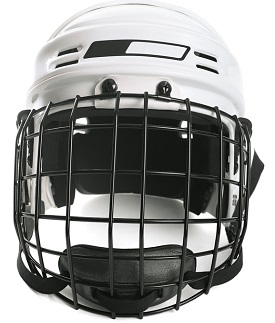 The neck guards consist of a series of nylon plates for puncture resistance with padding for better comfort. In case of goalies, the neck guard is in a curve shape. 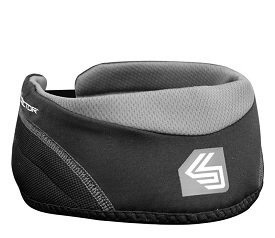 These shoulder pads are typically a vest with front back panels and straps for better closure. The hard shelled arm cups are there for arm protection from physical contacts or collisions during the game. These pads provide protection to chest, arms, ribs, spine, and shoulders. 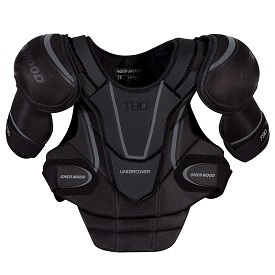 Other protective body pads include elbow pads which have a reinforced elbow cup for elbow as well as forearm protection and shin guards which are made of hard plastic shells and provide protection to knee joints and frontal bones. Jock straps are used for providing protection to genital parts whereas for hand protection, gloves are used. 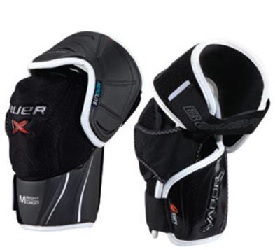 In case of gloves, there is a huge difference between inline goalie and quad goalie. In case of inline hockey, goalie uses a catcher glove in order to catch the ball that is pointed at the goal whereas in case of quad hockey; a flat batting glove is used by the goalie to rebound the ball instead of catching while blocking it.

Similar to the players, goalies also use chest and arm protectors in order to protect their chest, arm as well as collarbone areas. Mostly these products are made of hard plastic in order to provide better protection. 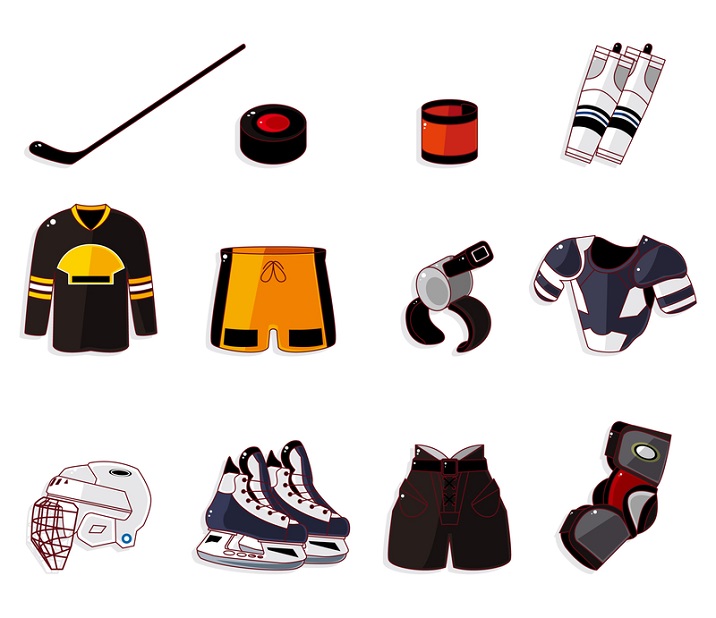 The leg pads used by goalies are specially made and are meant for leg as well as knee protection. These pads are mostly made of synthetic leather and foam. These pad lengths usually are of 38 inches whereas width is of 11 inches.

The helmets used by the goalies are specially made and can withstand severe high speed blows. A neck guard hangs below the helmet for preventing neck injuries. The helmet also has net at front to protect the face from any injury.

In case of goalies, the stick used is very different as compared to the player’s stick. The goalie’s stick has a wider shaft and is mostly made of wood with fibre glass panels for better impact results and longer durability. These sticks are mostly used for blocking the ball from entering the goal.