How to play Curling?

Two teams each having eight stones, play alternatively. In each trial, the team tries to push their stones nearer to the button as close as possible. At the end of successful accumulation of 16 stones near the centre area, the scoring procedure begins. The team having highest score is declared as winner. However, if it is a tie, then the two teams again compete until a winner is declared. 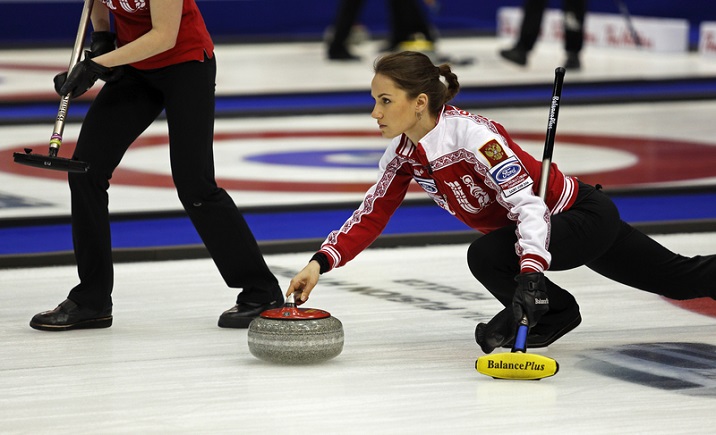 Each match varies in between eight ends to ten ends depending upon the level of match. After the end of ten ends, the teams are given two 60 seconds time out. A 73-minute timeslot is allocated to each team to complete their throw of 8 stones. In case extra ends are required, the team may be granted additional 10 minutes with a 60 second time out.

The process involving sliding the stones on the sheet is known as delivery. Rather than physical power, it requires tactics to successfully slide the stone towards its destination. The captain of the team is known as skip. He takes the charge of making decision about the turn, weight, and even the line of the stone.

Communications about the weight, line, and turn among the players is allowed and they do it by tapping the broom on the ice.

Before delivering the stone, the bottom of the stone and the path through which it is going to travel is cleaned with the help of broom if necessary because any stones or obstacles on the path may change the desired trajectory of the stone. The intrusion of foreign objects is often termed as pick up or pick. Hence proper cleaning is necessary. 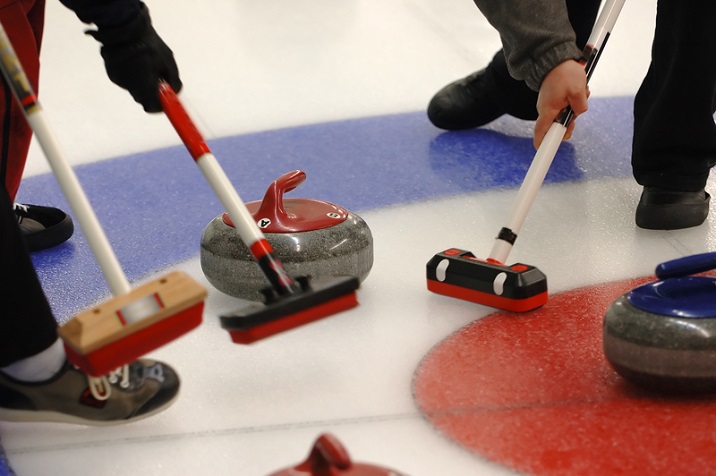 The role of every person changes in a rotational basis. The position of the skip is usually behind the button. He gives the direction about choosing the weight, line and turn of the curl. The person who throws the stone will be present behind the hack. The role of remaining players will be to clean the traveling path of the stone with brooms. 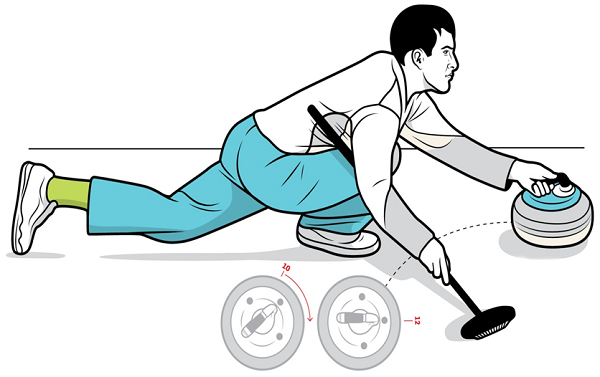 The thrower stumps his gripper shoe near the hack. Then with a slightest backward motion, he pushes the stones outwards moving the slider foot ahead of the gripper foot. It is a usual practice to put your right leg against the left of the hack, if you are a right handed curler and vice versa.

Even after the pushing of the stone, two players continue to sweep the path of trajectory in advance. Sweeping has the following reasons −

When the stones start losing their kinetic velocity, they tend to curl more. Keeping in mind these facts, sweeping is done much early to provide an elongated and straight path.

Some basic facts that one player should know regarding sweeping are − 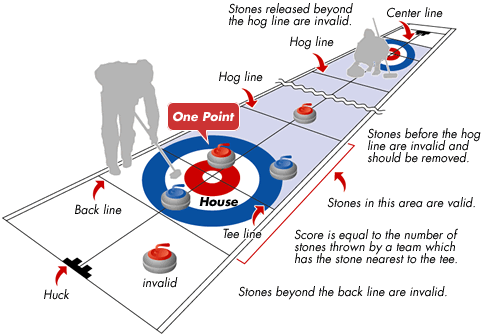 Occasionally players touch the stones with their body or broom by accident. This is known as burning a stone. Any of the following three steps can be taken after burning a stone −

If a stone is not in a delivery position and the player touches it, then it does not go under this category; but if the touching impacts the position of the stationary stone, then it is a matter of infraction. Skippers often take the advantage of this rule and use this to indicate their teammates the next stone that they should sweep.