Generally, drag racing is a contest between two racers who have to reach the required destination in order to win the race. The races are always started by an electronic device known as a Christmas Tree.

Each racer has to start a timer from the start line. The timer stops automatically when the racer reaches the destination. This start to finish timing is known as Elapsed Timing. 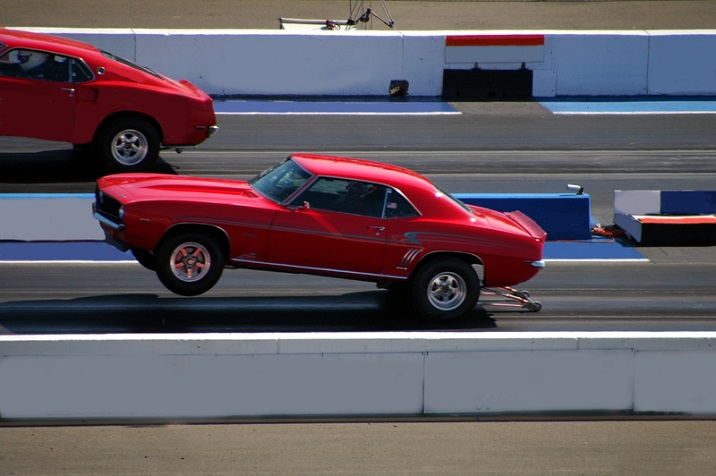 A Brief History of Drag Racing

If you look back through the hourglass of time, drag race is much older than it seems. It’s root stretch back to post war era during the period of 1930s.

During 1940s, the racing done side by side became popular by the term drag race. The reason why it became the name is unknown. It might have started when racers motivated one another to drag their car out of their garage and race one another. In case, maximizing the revs, drivers may hold the car in gear longer, or drag through the gears. The reason behind the term quarter mile distance is as unknown as the term drag race.

In 1951, to create order from chaos, an individual body known as the National Hot Rod Association (NHRA) got created. It acts as a governing body for drag racing and hosts events all over the United States and Canada. Apart from that, the sanctioned body would also familiarize safety and performance standards in terms to legitimize the drag racing. Both the NHRA and Hot Rod magazine were popular in the parks during the time of 1950s.