Football is the most popular sport worldwide. It is also called “soccer” in some countries. It is an outdoor game that requires absolute athleticism as players have to hustle and run across the field with the ball throughout the game. The name of the sport was derived by the way it is played. This sport took its shape in the 18th century.

China being the mother of Football may raise a few eyebrows. In early days, this sport was played by kids in China which was later picked up by the senior fellows. Despite the origin in Asia, the sport was well received and adapted by people of Europe and South-American countries. Spain, Italy, Brazil, Argentina, and England are some of the best football playing countries. At the same time, there are international tournaments organized in Europe that many clubs participate and compete in for a prestigious cup. 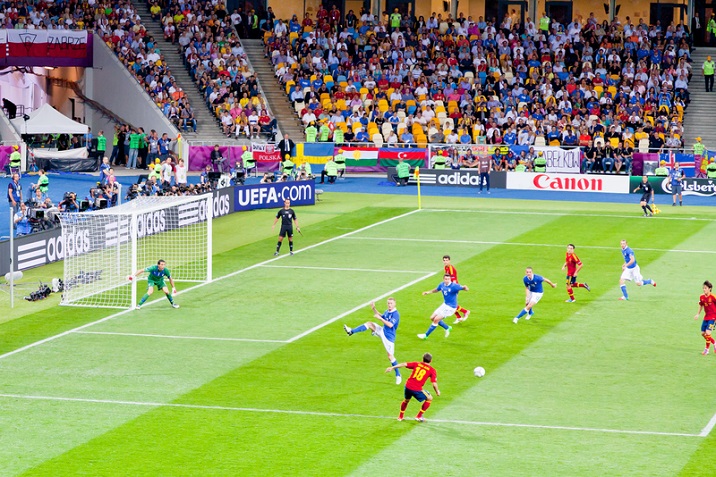 Football is played by two teams on a large rectangular shaped grass field. There are two goal posts on both ends of the breadth of the field. Both the teams vie for the ball by tackling each other and try to kick the ball into opponent’s goal post. The goalkeeper can only stop the ball with hands within a restricted area around the goal post. Rest of the players have to play by kicking the ball and passing it within teammates.

The objective of a football team is to score a goal more than their opponent and win the game. A goal is scored when the ball passes the goal line. Players can use any part of their body to score the goal but not their hands.

Be it a national team or international club, there should be only 11 players per team on the field while playing the game. One of them is the goalkeeper, who is crucial to the success of the team. He is skilled to intercept the ball before a goal is scored by a player of the opponent team. There are additional players seated on the side as substitutes to replace on-field players. Coach is an integral part of the team who coaches every member of the team, lays plans and strategies to score goals and win matches.