How to play High Jump?

Let us now get into the details of High Jump and see how this game is supposed to be played.

Difficult things become easier, if your understanding in that subject will go to a deep root level. The main physics behind the jumping is the angular momentum. Let’s try to understand it in a simple manner to have good grasp of subject. In high jumping a player has to cross above the bar over their back completely. In addition to it, his head and foot clear the height without touching the bar. 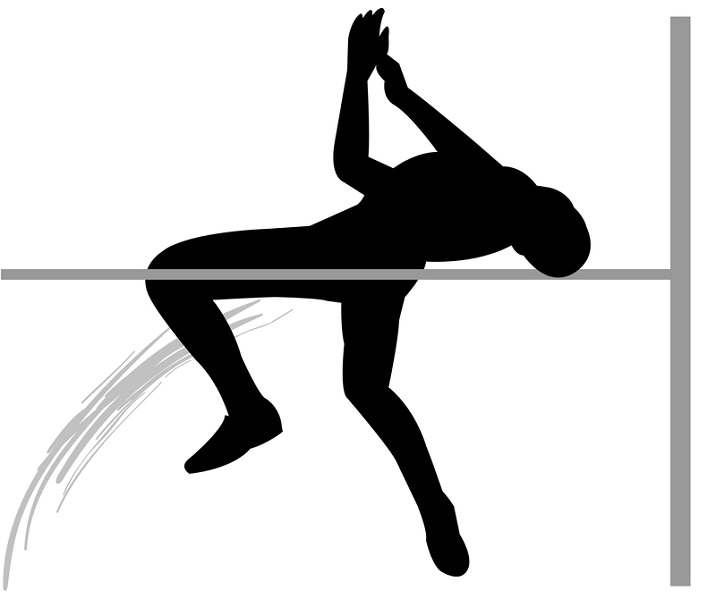 While taking off from the ground the athlete faces the bar but while dropping on the ground, he lands over his back on his shoulders and head. For this to happen he does take a rotation over the bar. This can be done by either twist or by somersault. To generate a good twist, you have to drive either parallel to or slightly away from the bar with the help of your shoulders, lead knees and arms.

By driving the right knee to the left of the direction of travel, a left footed jumper can approach from the right and can generate a spin that will turn him on his back at the top of the bar. While landing upside down, this type of techniques through continuous rotation will help them land exactly on their back at the take-off position. 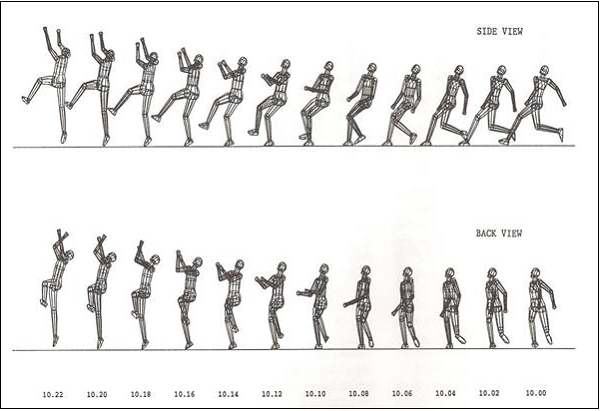 During the flight phase the athlete needs to do complete 180 degree somersault rotation plus 180 degree twist rotation to exactly land off on their back and shoulders, failing to which the jump will yield no successful result. Successful 180 degree rotation also depends upon the ground approach and take-off respectively.

Many times it has been seen that athletes having good quality of skills often fail to jump even a low height bar just because of incorrect approach. Most of the successful athletes follow J shaped approach to get the effective result. In this type of approach the player’s take-off feet should be placed in the same spot relative to the close standard with the same body. It should lean on all repetition of the approach. 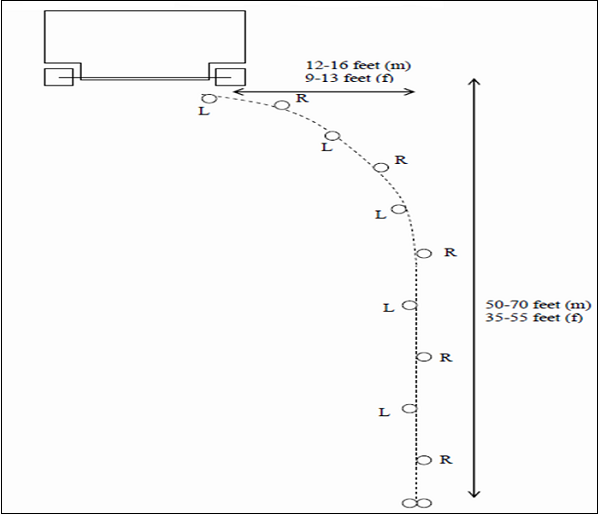 If we will try to take a look on this approach from the up, we will find minimum 8-10 number of strides. An athlete needs to run in an accelerating stride pattern. While approaching it, he/she should not bound steps.

Starting point determination may take a whole practise session. Therefore it is advisable to note down every time the measurements to arrive at a definite conclusion. The straight forward path of running usually varies for both men and women. For men it usually ranges from 12-16 feet out from the standard whereas; for women it ranges between 9 to 13 feet.

While jumping at first the failure is certain but it has major two reasons. One is that player use to break off into the take-off area in which he loses the momentum and in other case they shallow their approaching angle. Both of the above cases result in parallel motion of the athlete with respect to bar. This should be taken care off.

On the most difficult task for a new athlete is to take off vertically. It is usually not exactly 90 degrees with respect to ground rather have some trajectory angle but the angle deviation is small. At the point of planting your take off foot on the ground, your body posture should be erect. The knee should not flex much as more flexing in the knee causes loss of speed and strength. Some other important aspects that an athlete should keep in mind while doing take-off are − 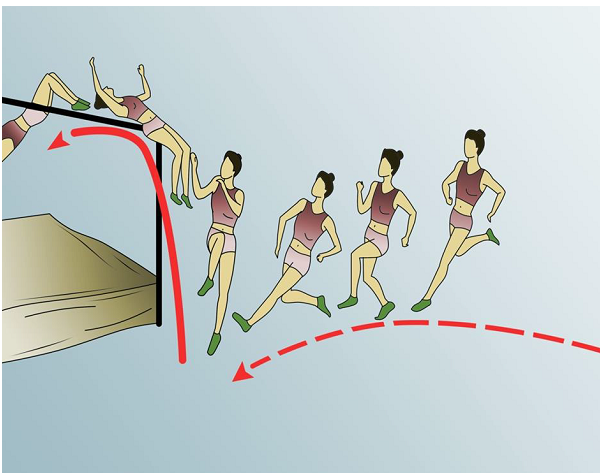 Speed and jump are directly proportional to each other. More is the speed, higher will be the jump. The athlete should determine his optimal speed at which he is more comfortable with. Determination of the above is not a difficult task though. Starting from initially with each practise session, the athlete should go on increasing his speed till his foot does not get buckle while jumping.

All the necessary actions that are required for a successful bar clearance need to be done before taking off. Because once an athlete leaves the ground it is very difficult to make any further actions over air. Rotation of head mainly becomes difficult in clearing bar but a little bit practise and correct approach will take care of that. 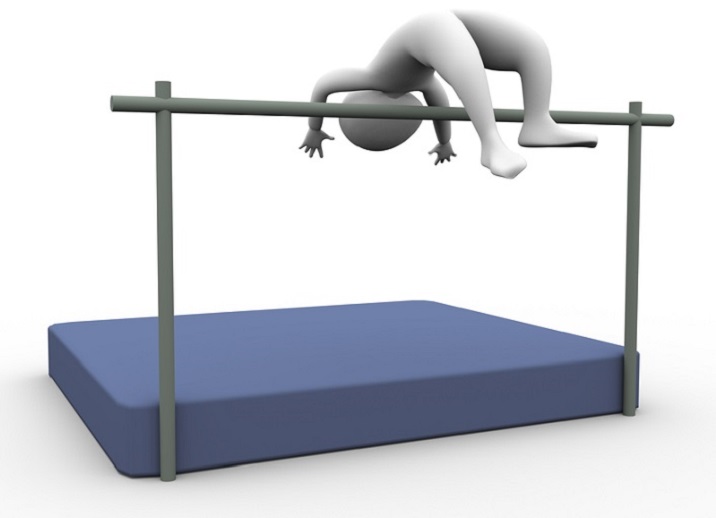 Analyse what body parts of yours can possibly touch the bar while you are clearing it. Such as hands, elbows, head, hip and sometimes legs too. Know exactly how to avoid that. For example it is a general piece of advice that you should not drop your head down until you cross the bar. Similarly your hands should be alongside of your body in such a manner that it will result in a huge arc. Some other general advices are −