Roller inline hockey is not just all about physical ability to skate through and hit the ball. In order to pass the ball through the opponent’s goalpost, players use various tactics throughout the game to shoot a goal. Some of these shots are as follows.

Shovel shot − It is considered as the most basic and the easiest shot where the players usually push the puck in a shovelling motion in desired direction or flick the puck in different directions. This shot is mostly played, when the puck is loose or the goalie is out of position.

Wrist shot − In this case, the player first positions the puck between the middle of the blade of the stick. Then he places the wrist at one end of the stick and thrusts the puck quickly in order to spin it to hit the goalpost more accurately.

Slap-shot − It is known as the hardest and the trickiest roller hockey shot where the player has to draw his stick high above his shoulder in backward direction and then hit the floor just behind the puck which causes the puck move with extra speed towards the goalpost. The positioning and height of the flow at the beginning determine the trajectory of the puck. 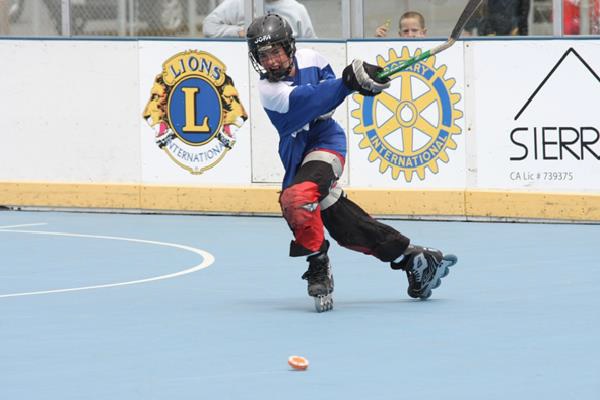 Snapshot − Snap shot is a combination of wrist shot and slap-shot. Here the player starts by drawing the stick high above his shoulder in backward direction and then just before hitting the puck, he rolls his back wrist similar to wrist shot causing the puck move with greater speed and more accuracy.