Scootering is a game that demands presence of mind rather than the physical power. It is popular because of the fact that people of any age group can play it. Scootering comes under extreme sports. Through this tutorial, we will try to learn the basics of scootering.

In scootering, a rider has to ride the scooter and has to perform extreme stunts upon the streets, walls, rails and other objects through various tricks. Both male and female can participate in this sport. 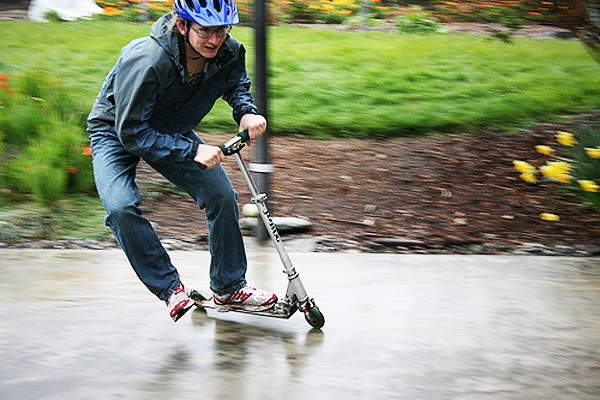 Scootering is also called as scooter riding or simply riding. It is a part of extreme sports, where the players ride stunt scooters and perform freestyle tricks. The tricks in scootering look like those of combination of BMX sports and skateboard.

Internal Scooter Association (ISA) is the governing body of the scootering championships that organizes the scootering competitions all over the world. Initially in ISA scooter championships, 10+ countries have participated. Some of the major countries who have dominated scootering events include: New Zealand, Austria, Australia, USA, Netherland, UK, Canada.