Rafting is a sport in which rafters use an inflatable raft to race with other teams. The team that reaches the destination first wins the race. The racing is done on white water or rough water of different degrees. The rafters use double blades to paddle the boat.

Rafting should not be confused with canoeing, kayaking, rowing or dragon boat because all these variants use different boats and they have different sets of rules. 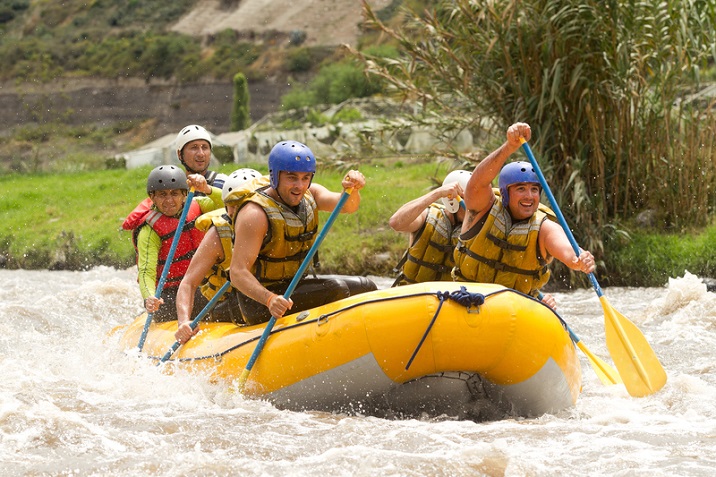 This is a sport in which either an individual or a team can participate. Here one needs to race by rafting. Similarly other participants will also be chasing. The participant whose raft touches the finishing line first is declared as winner. Both men and women can participate in this sport.

Difference between Rafting and Canoeing

Difference between Rafting and Kayaking

A Brief History of Rafting

In earlier days, people used to transport things using rafts, hence the name of rafting came into the picture. In 1842, Lieutenant John Fremont of the U.S. Army first introduced rafting expedition on the Platte River. In ancient days, rafts were made from rubber cloth tubes and a floor.

In 1990s, rafting was included in major events like the Barcelona Games in 1992, Atlanta Games in 1996, and the white water events of the Summer Olympic Games hosted by Ocoee River in Tennessee Valley. The International Federation of Rafting (IRF) was established in 1997. In 1999, the first Official International Championship was held.

Rafting comes under water sport. Since its inception, the popularity and demand of this sport by different nations grew exponentially since 1997 after instituted in International Federation of Rafting.

Many Asian and Non-Asian countries have their active participation in this sport. Countries like India, Morocco, Bulgaria, Nepal, France, Wales, Switzerland and Scotland have dominated other countries in this sport. The countries that organized the championships of rafting are as follows −