Fencing is a game in which is played between two fencers. Both the fencers use swords to attack the opponent and to defend self. There are some rules and regulations which the players have to follow while attacking or defending. Three different groups of weapons are used in fencing and each weapon has its own set of rules and regulations. Most of the fencers select one so as to specialise in using any one of these weapons. 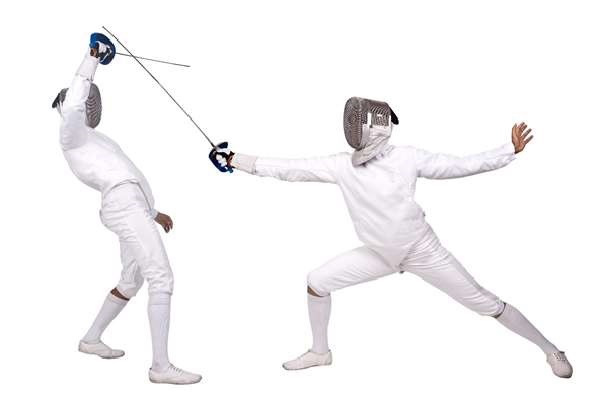 This is a sword exerting game where two fencers try to touch each other with the tip of their sword. The main objective of this game is to touch the other player and score enough points required to win the game before the opposite player scores points. There are different approved target zones based on the weapon used and players have to touch those target zones to score points.

A Brief History of Fencing

Fencing was initiated in the 12th century though the oldest surviving manual on swordsmanship dates around 1300. In ancient days in Rome and Egypt, fencing was quite popular and was an essential part of life in the form of swordsmanship. In the middle age, i.e. around 1400, the use of armours was introduced in order to make the
game more defensive and interesting.

Spain was the first one to practice fencing. Several books related to fencing have been written by Spanish authors. Modern fencing was originated in the 18th century in the Italian school of fencing and under their influence. It was later on developed by French school of fencing.