How to Play Weightlifting?

Weightlifting competition involves the lifters to attempt two lifts-namely the snatch and the clean and the jerk. The winners are usually decided on the maximum magnitude of weight lifted in each lift and in overall which includes the combination of both the lifts.

In weightlifting, two lifts with the help of both the hands must be executed in the sequence mentioned below −

For each lift a participant is allowed a maximum of three turns. 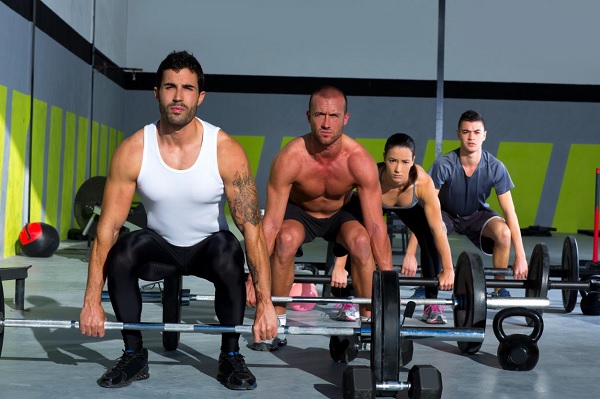 The participant needs to pull the horizontal barbell placed in front of his/her legs, gripped with the palm in downward position, from the platform to the maximum stretched extent of both arms above the head. This has to be done in a single move with either bent or split leg position.

During the implementation of the lift, the platform is allowed to be touched only by the feet, and no other part. The barbell lifted, must be kept at a motionless position, with the arm and legs fully stretched and feet in the same line as it was before the lifting of barbell. As soon as the entire body of the lifter becomes motionless, the referees give signal to lower the weight and the snatch is complete. 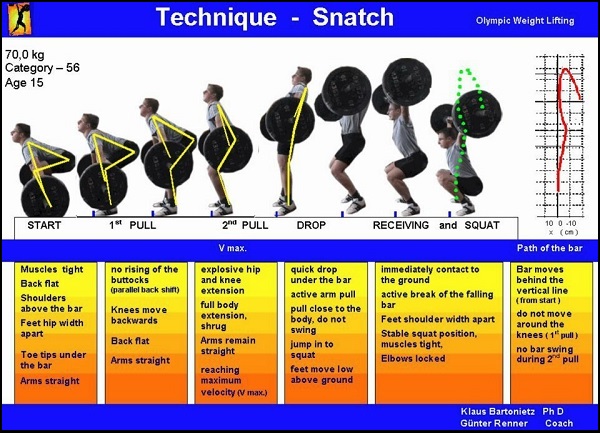 The Clean and The Jerk

In this type of lifting the first part is jerk. The participant needs to pull the horizontal barbell placed in front of his/her legs, gripped with the palm in downward position, from the platform to the shoulders.

Splitting or bending of the legs are allowed but the weight should not touch the chest before attaining the final position, though it can slid over the lap and along the thighs during the lift. It should then be placed on the chest above the nipples or on the fully bent arms or on the clavicles. Before performing the jerk, the feet should return to the same line as it was before lifting the weight. 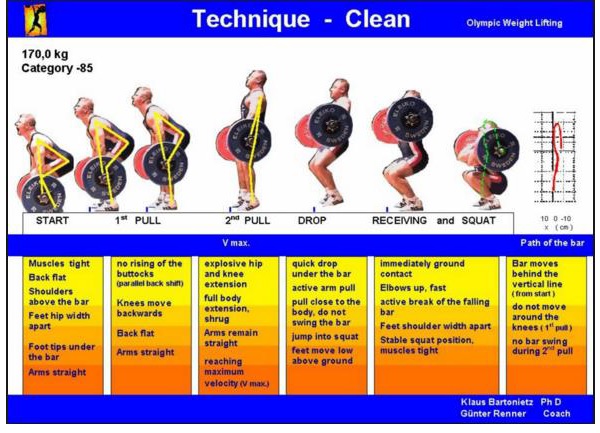 The second part of the lift is jerk. From the clean position, the lifter needs to stretch his bent legs and arms to a full position with the weight tightly gripped. The participant needs to ensure his feet are back to the same line as it was before lifting the weight. As soon as the Referees find all his body parts motionless, they signal the lifter to lower the barbell, ensuring the clean and jerk to be complete. 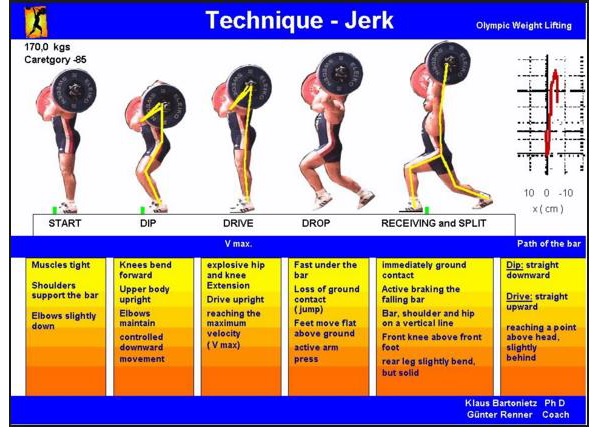 Three referees are appointed and each has equal rights of decision and verdict on a lift.

As soon as two out of three referees give identical decision, a proper “DOWN” signal is given to the lifter to lower the barbell on the platform. Three (3) seconds after a cumulative “DOWN” signal is displayed, the individual referee decision is shown.

A referee has the freedom to reverse his decision, in case any participant fails to lower the barbell according to the prescribed rules and regulations. The decision has to be changed within three seconds of the original decision. In case, the allotted time of three seconds exceeds, the referee may change his decision by showing a red flag.

There is an official weight assigned for every lift. A participant must attempt to lift the official weight to garner the highest score. The lifter can then opt to attempt weights of higher magnitude during the course of the event.

Once the highest value has been collected for each lift, the total weight lifted in the snatch is added to the total weight lifted in the clean and jerk. That lifter is adjudged as the champion, who has lifted the highest combined weight. In the case of a tie, the lifter with less body weight is declared as the champion. If they tie even in the bodyweight category, then the lifter who attempted the lift first is declared as the winner.

Following movements are not allowed in weightlifting and if any participant is found with these positions and faulty attempts, they are likely to get a No Lift as Down signal.