High jump is a game all about height. It is a game in which perfection does matter a lot. To master the act of perfection the athlete needs to practise countless hard sessions with utmost dedication. In this article, apart from playing procedure, we will learn various techniques and disciplines to have a cutting edge over others. 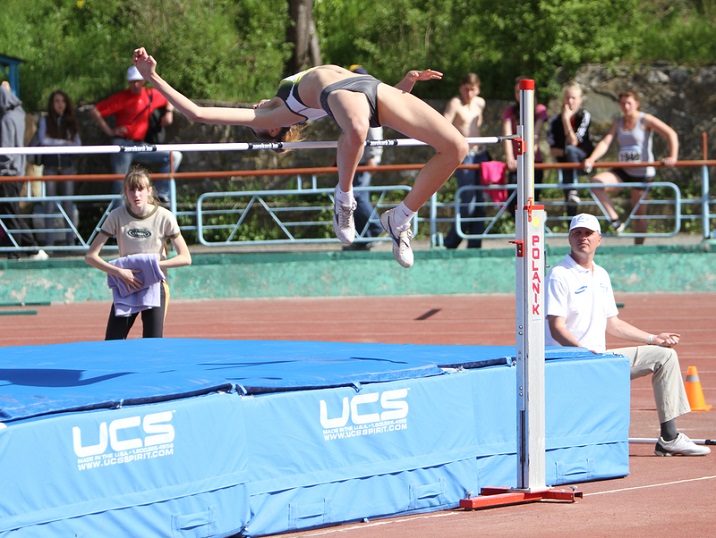 The main objective of this sport is that, the athlete needs to jump over a bar placed over a certain height without touching it. The bar should not be dislodged from its position during the whole process. The athlete will run 1stfor a certain distance then he will jump over the bar with his back towards the bar. For this to happen he needs to make turnings in the air during his leap. This game is played in both men and women category.

In 19thcentury first high jump event was organised in Scotland. Scissors techniques and straight on approach had been used more often by the players. Later, modification of the rules like positioning the bar in a diagonal manner instead of straight implemented. But it is the 20th century when players like Michael Sweeney’s brought revolutionary modifications like; doing take-off in scissors style but jumping over his back.

Another revolutionary man to bring major change in this game is Dick Fosbury. He used Fosbury flop technique to bag a gold medal at the Mexico City. The popularity of this game can be judged from the fact that it was among the events to be organised in the first modern Olympics in 1896, held at Athens. At that time, Americans were the first to win eight gold medals in this event.

High jump comes under the track and field job event. Since its introduction to modern Olympics in 1896, the popularity and demand of this game by different nations grew exponentially. Many Asian and non-Asian countries have their active participation in this category of game. List of some of the major dominating Asian countries includes China, Qatar, Japan, India, Kazakhstan, Sri Lanka, etc. In 2014 Asian games, Mutaz Essa Barshim of Qatar bagged the gold medal in men’s category and Svetlana Radzivil of Uzbekistan bagged gold medals in women’s category respectively.

Similarly many non-Asian countries have shown their talents in events like summer Olympics. Countries like, Great Britain, Russia, United States, Ukraine, Canada, France etc. are dominating in the competitions. In 2012 Summer Olympics, Ivan Ukhov of Russia bagged the gold medal in men’s category while Anna Chicherova bagged gold in women’s category. She is from Russia too.