Roller skating is a sport and a form of recreational activity. There are basically three varieties of skates quad roller skates, inline skates or blades, and tri-skates. There are some other variations like quintessence skates which are single wheeled. Roller skating includes many types of performances like solo dance, team dance, and freestyle dance. Many other games like roller hockey, speed skating, roller derby etc. are also played using skates. 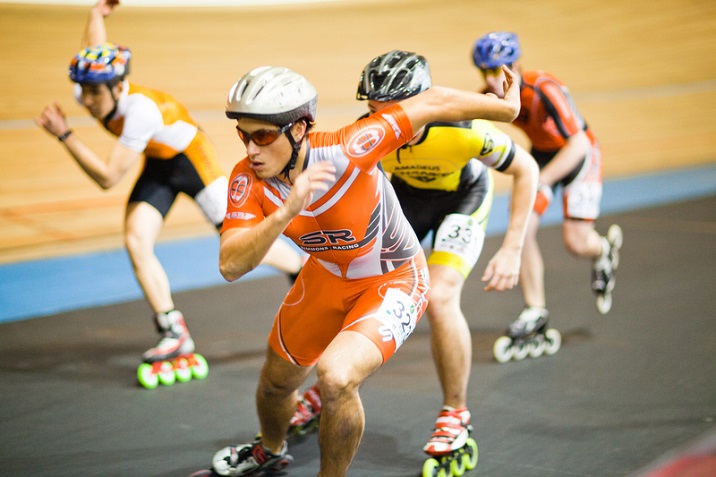 The first usage of roller skates was recorded in 1743 in a London stage performance. However, the inventor of this skate is unknown. The first recorded skate invention was by John Joseph Merlin in year 1760, who invented a primitive inline skate with small metal wheels.

Roller skates were seen on the ballet stage in year 1818, in Berlin. The first ever roller skate design was patented in the year 1819, by M.Petitbled. These skates were quite similar to today’s inline skates, but were not manoeuvrable. These skates couldn’t do anything but move in a straight line.

Inventors continued to work on improving the design of the skate in the rest of the 19th century. In 1823, Robert John Tyers of London, patented a skate which he called the Rolito, which has five wheels in a single row on the bottom of a boot or a shoe.

During 1857, roller skating had been enough popular to get the permit of the opening of the first public skating rinks. The first roller rinks were in the Strand, Lond and Floral Hall.

The four-wheeled turning roller skate is also known as the quad skate. It has four wheels set with two side-by-side pairs. It was first designed in 1863 in New York City by James Leonard Plimpton as an attempt in improving the previous skate designs.

In 1876, William Brown in Birmingham, England, made a design and patented it for roller skates. His design embodied his effort in keeping the two baring surfaces of an axle, fixed and moving, apart.

The toe stop was first patented in the year of 1876 as well. To all the skaters, it provides the ability to stop by tipping the skate in their toe. They are still used nowadays on most of the quad skates.

Roller skates were produced massively in America during the period of 1880s. Several companies like Indiana produced thousands of skates every week during peak sales. The first skate with adjustable tension with a screw were made by Henley skates during this period.

In 1884, Levant M. Richardson received a patent for using the steel ball bearings in skate wheels as to reduce friction, resulting in increased speed with less effort. In 1898, he started the Richardson Ball Bearing and Skate Company.

In 1900, an inline skate which has two wheels get patented by The Peck & Snyder Company. The Active Brake Technology was developed by Rollerblade in 1993 for increased safety.

In the late 1980s and early 1990s, these skates branded as Rollerblade were very successful and they led to the creation of similar inline skates.