Curling is a sport that is played on an ice platform and the best thing about Curling is that it can be enjoyed by any age group. It has many names. Some call it chess set on ice, whereas some call it a hybrid of bowling, but the perfect synonym will be shuffleboard.

The objective of this sport is to slide stones into the concentric circles made on an ice base. Two teams each consisting of four players compete in the sport. Each team having eight stone needs to push their stones towards the circle and should position them as close as possible. More close is the stone near to the circle area, higher will be the point. At the end of the session, the team having highest point becomes the winner. 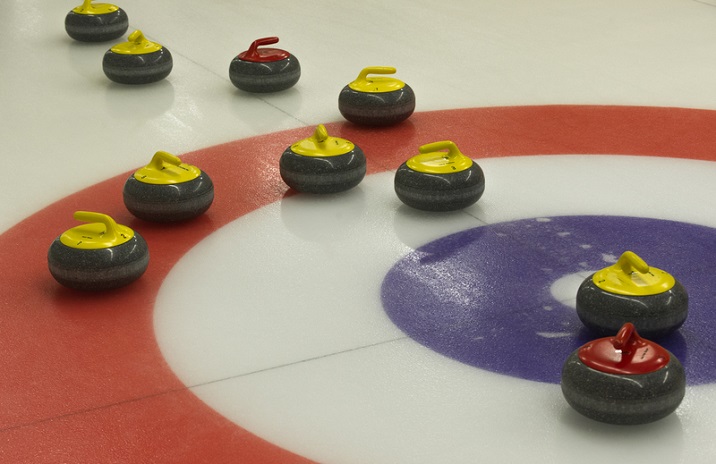 A Brief History of Curling

The sport is believed to have originated from Scotland during the 16th century. The people of Scotland used to play with various stones on the frozen pond. The Grand Caledonian club formulated the rules for Curling during the late 1838. In 1843, the name of the club was changed to Royal Caledonian Curling Club.

The peek development in the sport took place in the 20th century. In 1924, curling was introduced for the first time in the Winter Olympics in Chamonix. Later it was dropped from the Olympics and again re-introduced as a demonstration sport in lake placid in the year 1932. Finally, in 1998, it was given official Winter Olympic sport status and since then it has been played in both men and women category.

In February 2002, International Olympic Committee named it as the official sport. The first award for the sport was given to the 1932 demonstration match in which, Great Britain and Ireland bagged gold medals whereas Sweden and France won two silvers and one bronze medals respectively.

The governing body for curling competition is The World Curling Federation (WCF). 26+ nations are taking active participation in this sport through various tournaments and championships. The list of countries includes Australia, Canada, China, Denmark, Japan, Spain, Russia and United States etc. The participant nations are often called as curlers.

Canada is the country, where world’s 90% of the curling people live. Norway and France have improved their rankings considerably in men’s curling category while Russia and Japan showing their best in women’s category.

The rankings of different countries are done by taking their performance of last six seasons into account. In Winter Olympic Games, the maximum points that can be awarded to the first rank holder is 480 whereas; for that of World Curling Championships, the maximum point is 240.

Similarly, the list of top five countries in women’s category is as follows −