Baseball, usually considered the national sport or pastime of the United States, originated in the country and quickly spread to Netherlands, Italy, Belgium, England, Spain, Australia, Tunisia, and other parts of the world.

Baseball was popularized heavily and is widely considered to mirror the spirit of United States. So many articles on the history of baseball, which were not very clearly based on historical reports, were made up and propagated by the media. But common consensus was arrived recently owing to its immense popularity in United States of America. It is said to be North American modification of older English games like Rounders and Stoolball which also influenced other similar games like Cricket.

The game turned professional after the Civil War in 1860’s and attracted commercial interests, yet amateur baseball is equally popular and was separated from the professional one in 1871. Though the sport was initially played among teams of various ethnic groups in the States, like the German Americans, the African Americans, and the Irish Americans. The sport helped in bringing harmony among the diverse ethnic groups and the native Americans in the 80’s and 90’s.

Baseball is a team game played by two teams of nine players each on an enclosed Baseball field under the direction of a manager in accordance with rules under jurisdiction of one or more umpires. 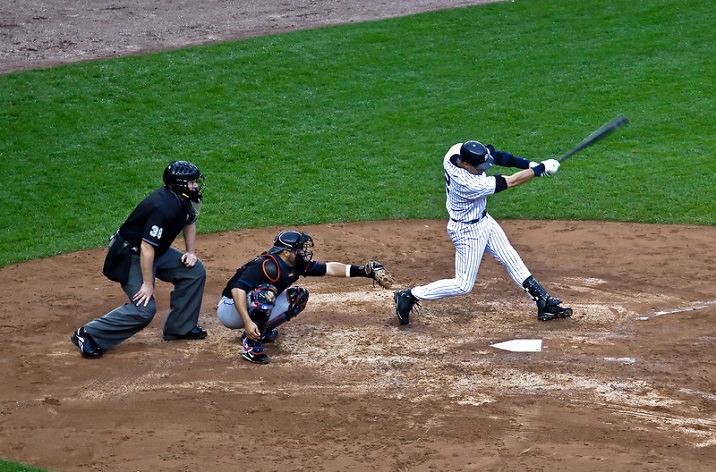 An offending player tries to hit the ball away from the reach of the defenders and score runs by running around the bases. Players of the defending team try to out the player who is batting. Both the teams take turns at batting and fielding. Three consecutive outs from each team make an innings, and nine innings make a game. The objective of each team is to win by scoring more runs and try to prevent opponents from scoring runs.

Baseball is a team game; it has two teams of nine active players each. While one team plays defence (fielders), the other team plays offence (batters).

In leagues, the rules vary widely. Some professional teams contain as many as 25 players, including eight position players, five starting pitchers, six relief pitchers, and substitutes. Substitute players include catchers, relievers, infielders, outfielders, and another player specialising in pinch hitting. If a hitter replaces the starting player in the batting order he is called a pinch hitter. A player replacing a base runner is called a pinch runner.

The offensive team that has to bat sends its batsman as per the batting order decided by the umpire. The batsman, who is at bat, stays in the batting box to hit the balls pitched by the pitcher of the defending team. Some batsmen can strike with both their hands, such batters are called Switch-Hitters. The Catcher, also called Behind, stays behind the batsman to pick any balls he missed. 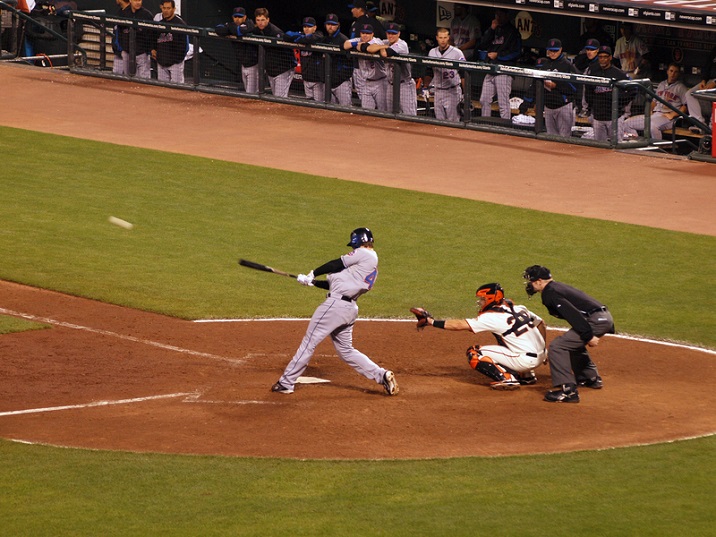 Players are further identified by their special skills. The team’s best pitcher usually pitches first and is called an Ace. Anyone with all-around skills is called a Utility player and can fill any position the situation demands. A relief pitcher replaces the starting pitcher and the relief pitcher who finishes the game is called a Closer. Sometimes the starting pitcher pitches for the whole game, in that case he is said to have pitched a Complete Game.

Apart from players, training and managing personnel also work with players in a team. Each team has a manger to make strategic decisions like deciding the batting order, starting rotation, line-up, and deciding when to introduce pinch hitter as a substitute. Players of a team are trained in hitting, fielding, and pitching by two coaches. Base coaches stand on the bases to suggest the players. Two or more umpires declare outcomes and look over the running of the game.

The game is a prominent sport in other countries of Europe and South America. Some of the countries that participated in international championships are Italy, Spain, Netherlands, United Kingdom, Canada, Cuba, Dominion Republic, Puerto Rico, Australia, New Zealand, Brazil, Venezuela, Mexico, Columbia, Costa Rica, Nicaragua, and Panama. Cuba, Netherlands, and UK are also champions and many players from these countries participate in league matches in their countries and also in international league matches.