Synchronized swimming is a game where a group of athletes perform dance steps in combination with swimming. The dance is performed according to the tune played in background. This tutorial explains the basics of synchronized swimming and how to become a professional synchronised swimmer.

Like other events in swimming, players can perform solos, duets, combos or team. There are two routines in synchronized swimming − 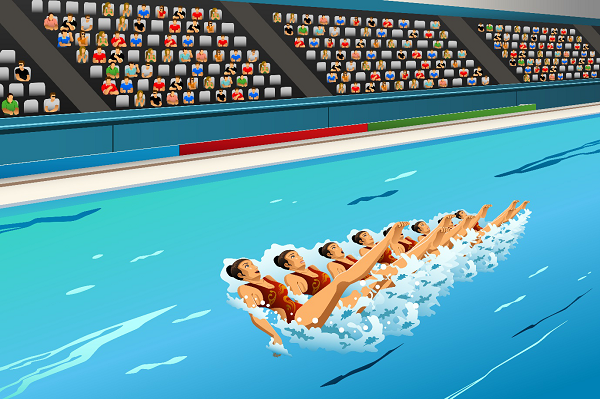 A Little History of Synchronized Swimming

Since its inception, the game became very famous in many Asian and Non-Asian countries. Performers from different countries perform every year in world aquatic championships. Recent world championship (2015) was held at Kazan, Russia.

The following countries have dominated the sport in case of medals.