IndyCar is a car racing league which includes super speed ways, short ovals, road courses, and temporary street circuits. It thrills the drivers with the most diverse challenge in motorsports. The winner of this championship is rewarded in $1 million bonus.

These racing cars have single seat with an open-cockpit featuring 2.2 litre, turbo charged, direct injected V-6 engine which is designed to run at 12,000 RPM with approximate 500-700 horse power which completely depends on the turbocharger boost setting. Companies like the Chevrolet and Honda supply consumer related engines which utilizes E85 fuel. 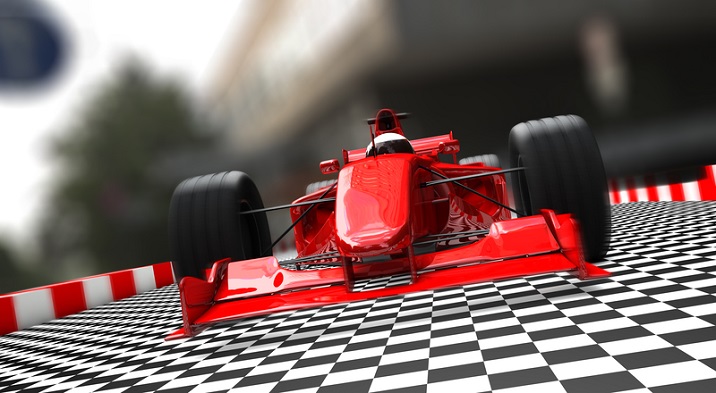 IndyCar is a kind of motorsport that uses ethanol, which burns cleaner, thus less pollution is released in the environment. It’s quite interesting to know that more than 85% of the IndyCar equipment are produced by recycled or partially recovered postconsumer waste materials.

The riders ending up with the first three positions are differentiated by ten and five points while those landing from fourth to tenth place are separated by two points. Riders from the eleventh to twenty fifth positions are distinguished by one point and remaining all gain five points.

The riders can also earn some bonus points throughout the race. One point is rewarded for scoring the pole each race excluding Indianapolis, one point for leading at least one lap in a race and two points for leading most of the laps in each race.

Just like any other racing sport, all the riders participating in this sport focus on completing all the challenges within a very short time span and be the winner of the sport. The riders have to be quick and sharp as there have been margin of less than one tenth of a second between the first three finishers.

A Brief History of IndyCar

The term IndyCar was used as a tagline for championship open wheel auto racing in the United States. The name IndyCar was generated from the genre’s fundamental link to the Indianapolis 500 Mile race or the Indy 500, which is denoted as one of the most popular auto races in the world.

The word IndyCar was first used in the 1990 to describe the racing cars sanctioned in the event CART, which used to be the governing body of open wheel racing in the US. In 1992, the IndyCar trademark was registered with the United States Patent and Trademark Office by the Indianapolis Motor Speedway.

This was further renamed as the IndyCar World Series. In 1996, IndyCar had to suffer a lot of legal battles between the president of Indianapolis Motor Speedway and the CART. Later an agreement was reached in and the battle was put to rest once and for all.

The foundation of IndyCar was laid in 1994. It serves as the sanctioning body for the IndyCar Series. The first race was held on 27 Jan 1996 with Indy 200 at Walt Disney World Speedway situated in Lake Buena Vista, Fla. This race was won by Buzz Calkins.

The Indycar Series is considered as the fastest motorsport as compared to any other forms. Total 96 races have been conducted with a winning margin of less than a second. The fastest race was witnessed in 2003 at the California Speedway with an average speed of 207.151mph.

The IndyCar Series is opening level of Open Wheel Racing in North America. The united States is the governing body of IndyCar Series. The IndyCar Series has been held at 40 different race tracks from 1996 to 2015 out of which 24 were ovals and rest 16 were permanent or temporary road circuits.

Only five nations have held races for IndyCar. They are −

In the 2010 Summer Olympic Games, 800 people along with their horses represented 57 countries.