Under the guidance of International Water-ski and Wakeboard Federations, many championships are organized throughout the calendar. Given below is a list of some important and popular tournaments for Water Skiing − 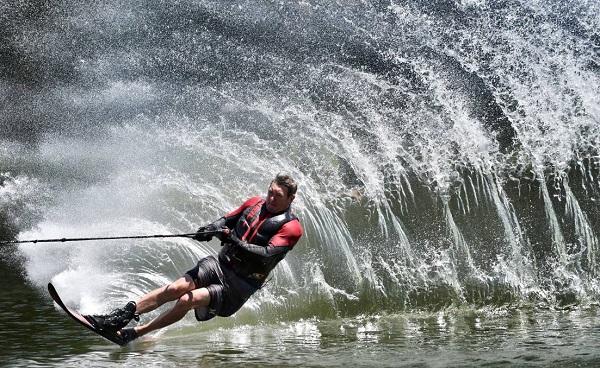 Water skiers are extremely prepared and are ready to do extraordinary things on the water. Let us have a brief synopsis of some of the iconic sportsperson in Water Skiing −

He won every major event he participated in. He is the youngest skier in Indiana who started skiing at the age of two. He is known for being the most laid back skier at the tournaments. He introduces himself as easy going and a low key person.

He is an American Water Ski player with a number of prestigious achievements on his name. He is ranked 2nd place in Masters Water Ski Tournament in year 2015, a gold medal in Pan American Championship in year 2014.

Pickos studied psychology and does photography when he is not water skiing. He is a skier with strength and great spatial awareness.

He is an American Water skier from California. He was trained by his own parents for this extreme sport since he was two. At the age of four, he could perform a jump smoothly.

Brian won his first tournament at the age of four in year 1994 and by the time he was nine years old, he had won more than 30 tournaments and was ranked #1 in the country.

She is an American water skier born in Atlanta. She had won awards in the sport when she was 13 and won medals in Water skiing at the 2003 Pan American Games. In that same year, she won the Water Ski World Championship.

Regina won gold medal in Water skiing at the Pan American Games in year 2011. She took 2015 women’s Slalom World Title and won the title of female skier of the year for 2013.