The rules or the bottom lines of the game also make performance assessment of the participants easy.

Throwing the Discus to Optimum Distance

As of now, you must have already known that Discus Throw is the game of distance. You have to throw the discus so that it will reach up to targeted area. The distance covered by the discus depends upon many factors but the following factors are most important −

Among the above three, it is the speed that dominates the other two factors while deciding the actual distance covered by the discus.

The ultimate angle with which an athlete releases the discus in the air is known as Optimum Release angle. 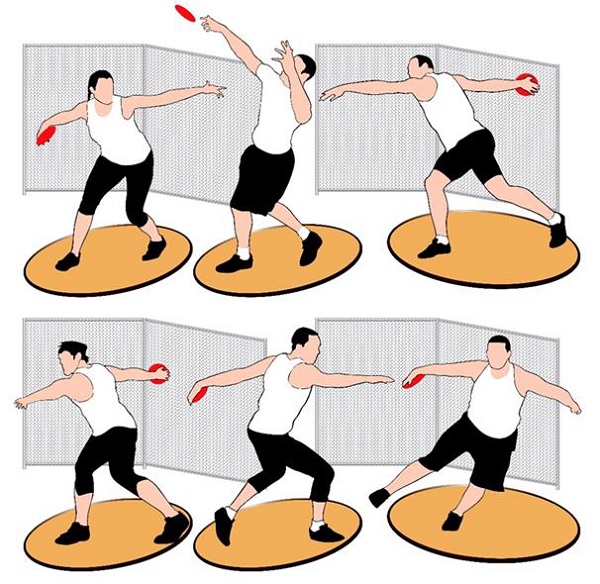 With the case of ballistics, the initial speed applied to all the projectiles is more or less same irrespective of their angle of projection. The optimum releasing angle range used by most of the successful athletes varies in the range of 38°±8°.

But it is also a fact that the releasing angle and speed of throw are inversely proportional to each other. That means, if the angle of release is increased, the speed of projection decreases and vice versa. However; the speed decreases due to the following two main factors −

By making a unique combination of releasing angle and the velocity with which the discus is released, every player comes up with a different throwing style. It depends upon again various factors such as −