There are many equipment used while playing the game. The details of each equipment is given below.

A barbell is a long rod with weights attached to its ends. The barbells used in weightlifting are certified by the International Weightlifting Federation (IWF). It consists of three basic parts − 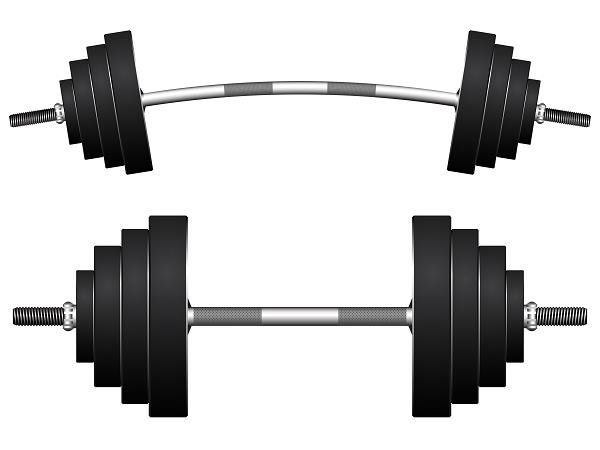 The bar of the barbell is made up of steel with rotating sleeves of larger diameter at both the ends. The rotation of the sleeve minimizes rotational inertia of the plates to a great level, hence diminishing any chances of injury. According to the norms set by the IFW, men’s bar weighs 20kgs. It has the length of 2.2metres and shaft diameter of 28mm. Women’s bar weighs 15kgs. It has a length of 2.01 metres and shaft diameter of 25mm. The bar is also provided with a grip texture called the knurling, which finds a centre position at men’s bar and is absent in women’s bar.

The discs, also known as the bumper plates, have rubber design to facilitate dropping of the barbell from different height after each lift. The following disc weights ranging between 0.5kgs to 25kgs with designated colours are used in weightlifting as specified by the IWF.

All the discs should have their respective weights mentioned over it and the diameter of the largest disc should 450mm with a tolerance of +- 1mm. 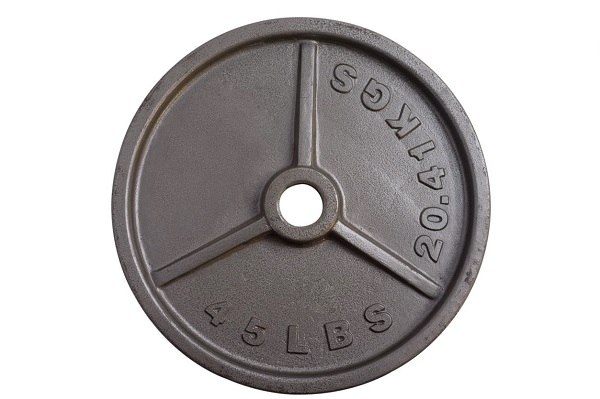 Two collars each of 2.5kg weight are used in order to affix the discs to the bar so that they do not give way. 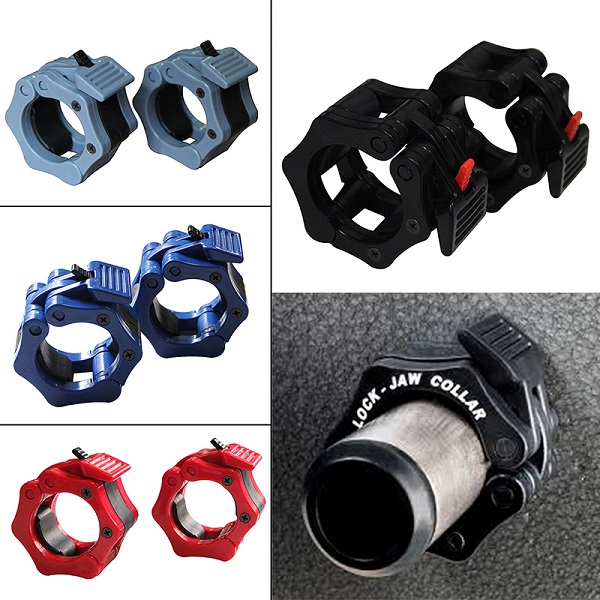 Chalk is used by the participants on hand and above collarbone to facilitate dryness, and to avert the movement of the bar.

Besides the lifting equipment information equipment are also used in order to check the time the player has taken to lift the weight and to calculate the score.

The control box has three referees. The system is equipped with two push buttons of red and white colour and a signalling-device. It is an apparatus at a height of 0.5 metres from the platform that is kept in front of the participant which is used to give an audible and visual DOWN.

Scales − Scales with a precision of 10 grams and a capacity to measure 200kgs is provided to the weightlifting arena.

Timing Clock − Timing clocks capable of operating uninterrupted for 15 minutes is used. It should be of countdown type and should have a least count of 1 second. The electronic clock must have automatic audible signal before 90 seconds and 30 seconds of the allocated time to the lifter.

Attempt Board − An attempt board has the name of the contestant, his/her IWF/IOC country code, attempt number, start number and the amount weight to be taken.

Scoreboard − In order to document and record the progress and result of various competitions, scoreboards are set up at various places in the competition arena.