The costume worn by the lifters must be close fitting. It may either be one piece or two pieces, should be collarless, and must envelope the trunk. The competitor needs to make sure that the costume should not cover the knees or the elbows. He/she has the freedom to wear a T-shirt under the costume. They can also opt for close fitting leotards over or under the costume but make sure that it doesn’t cover their knees. Socks, if worn should not go higher than the knee and must not cover any bandages.

There is no restriction in terms of material used, maximum height of the soles or the shape of the footwear used by the weightlifters. Restriction is only imposed on the height of the upper part of the footwear, which should not exceed more than 130mm from the top of the sole. The purposes for which footwear is used are that they provide a firm stance, stability and protect the feet of the participants while lifting weights. 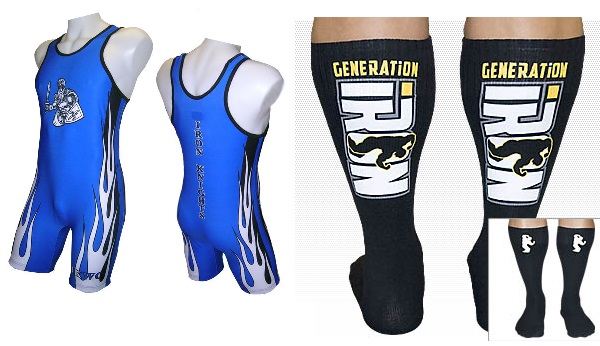 Belt should not be worn under the costume and its width must not exceed 120mm.

These components can only be worn on the hand, the wrists and the knees though, tapes and plasters may be worn on the fingers or the thumbs. There are some definite set of rules that need to be followed while putting on these apparels.