Dominating the T is considered as one of the key strategies in squash. Here players start playing at the intersection of the red lines near the centre of the court which is the best position to retrieve the opponent’s shot. Usually skilled players, after returning a shot, move to this position to play the next shot as from this position, they could hit back opponent’s shot with minimum movement.

Another famous strategy in squash is to hit the ball straight up the side walls to the back corners which is also called as Rail. After hitting the shot, player move to the T section to again hit back opponents next shot. Hitting the ball softly on the nearby wall corners makes the opponents move more along the court and it may result in an instant winner. 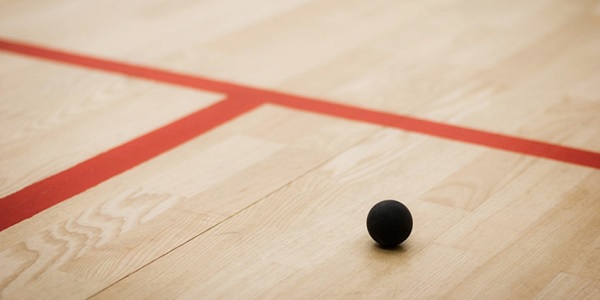 Skilled players make their opponents run more in order to win, which is considered as a widely followed strategy in squash. Keeping the ball low also lessens the chance for the opponent to reach near it before in bounces twice. As the places like corners between the walls and the joint places between floor and walls are the places where once the ball hits, doesn’t bounce much. Players usually try to make the ball strike there in order to get less bounce and make opponent player run more.

Squash experts can change the direction of a ball which creates confusion for the opponent. Due to this the opponent either reacts sooner or later in order to return the shot. Depending on this, the players can be divided into following categories.