In this chapter, we will discuss about the rules of the sport that every player has to follow.

Since two players are confined within a shared space, interference and obstruction are quite inevitable in squash. Generally the rules entitle players to direct straight line access to the ball in order to get reasonable swing as well as unobstructed shots to any part of the front wall. When interference occurs, a player may appeal for a let and the referee or the player himself/herself (if there is no referee) then interprets the extent of the interference. 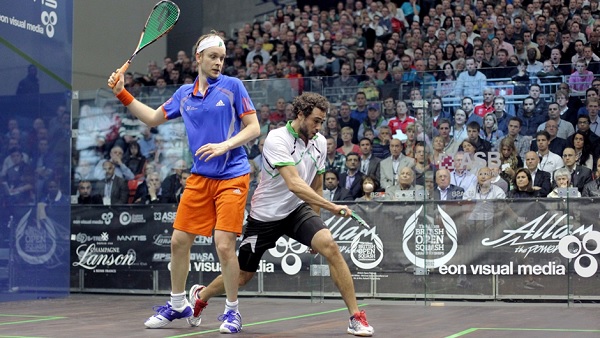 In another scenario, when the interfering player is preventing the other player’s swing by being directly in the path of the other player’s swing, stroke is always rewarded. When there is very less or no interference or it is impossible to denote weather it was an interference, according to rule, no lets are provided in the respect of continuity of the match as well as to discourage spurious appeals for lets.

An exception to all these conditions happens when the player hitting the ball has turned, i.e. the player lets the ball pass him on one side but it again hits on the other side while coming off the back wall. In cases like this, stroke is awarded to the player who was hit by the ball. Generally after a player gets hit by a ball, both players stand still and if the struck player is standing directly in front of the player who hit the ball, a stroke is awarded to the hitter else if he is not in the front, a let is played. If it is noticed that the player is deliberately trying to hit the opponent player, he loses the stroke.

The following must be practiced to avoid interference −

In case of doubles, two teams each consisting of two players play in the match. The court size is four feet wider than the normal single match court while the length of the court remains the same. Eye protection usage is strongly recommended. PARS 15 scoring system s followed where the winning team has to score at least 15 points while leading by 2 points. 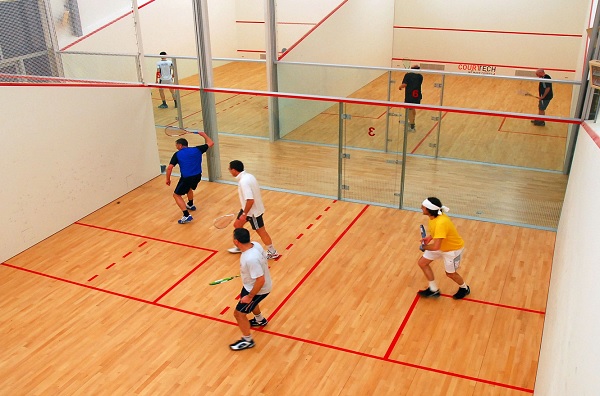 While serving any one of the team’s player serves and retains the service till their side loses the stroke. The next time after retrieving the service, the other partner has to serve and vice versa. If the striker hits his partner with the ball, his side loses the rally. The two sides warm up separately with each side using half of the five minutes.

If the players make genuine effort to get out of each other’s way, then few strokes are given. Partner of the side whose turn it is to play the ball is given direct access to the ball. He has the freedom to hit the ball, but not necessarily freedom to return it to any part of the wall.

The referee is the certified person who manages the sport and is appointed by the club or squash league. The referee has the maximum power in a match and issues like conflicts or interferences are dealt with by the referee.

The referee is authorized to deduct points if a player flaunts any rules or displays improper etiquette. It is the referee who can decide the scoring of the match. Nowadays, three referees are taking control in case of international games where the central referee takes call for the scores and makes a decision with the help of two side-referees.