In this chapter, we will discuss about the equipment used in Squash. 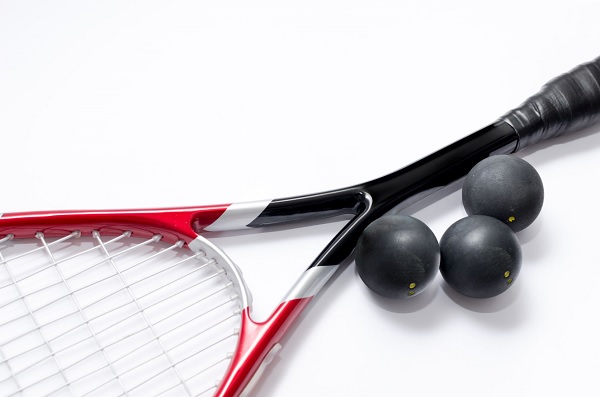 The balls used in squash have a diameter of 39.5 to 40.5 mm diameter and has a weight of 23 to 25 gram. They are made of two pieces of rubber compound, that are glued together to form a hollow sphere and are polished with a matte finish. Different balls are used based on varying temperature, atmospheric conditions and standards of the match as well as the experience level of the players.

Experienced players use balls which give less bounce, whereas less experienced players use ball which gives more bounce because slower balls die in the corner rather than bouncing up which allow the players to play easier shots. Based on their rubber compositions, squash balls has the property to bounce more in high temperature because of which squash balls are hit so many times at the beginning of a match to warm them up as cold squash balls don’t bounce high.

Small colored dots are present in every squash ball to denote its bounciness, thus setting the standard of the match for which it suited. The recognised speed colours and their dynamism are −

The court of squash is a playing surface surrounded by four walls. On the ground or surface of the court, there is a front line which separates the front and back of the court. There is a half line at the back side of the court which again separates the back side into left back and right back sides totally creating three portions., which are: the front half, the back left quarter and the back right quarter. Both back boxes contain smaller service boxes. The surface markings are only relevant during the serves.

The court is 9.75 meter long 6.4 m wide. The height of the court is 5.64 m which is measured from the court surface. The amount of light recommended is 500 Lux. Based on rules and regulations, the walls has to be really plane when verticality and straightness is concerned. In case of glass specifications on the ground, 12 mm glasses must be used as back walls because of security reasons. 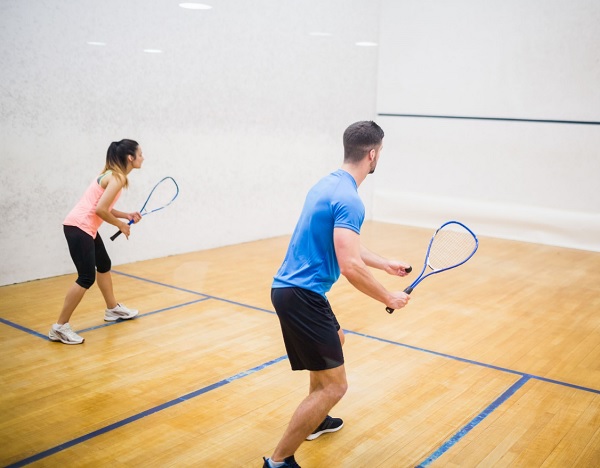 Shots that strike on or above the outlines in any of the walls are considered out. In case of the front wall, if the ball hits below the bottom line, the ball is considered out. The bottom line marks the top of a half metre high metal area known as tin. The middle line of the front wall is known as service line which is relevant only during the service.

Many squash venues have mandated eye protection while some of the associations have also regulated rules that require all junior and double players to wear eye protections.