Softball was invented in Chicago in 1887. It is also called as ladies’ baseball, indoor baseball, mush ball, kitten ball and softbund ball. Currently, World Baseball Softball Confederation (WBSC) is the highest governing authority of softball. It was formed in 2013. It regulates the rules of softball in more than 100 countries including the United States of America.

Softball is derived from a famous American sport baseball. The basic difference between baseball and softball is that in softball, the size of the ball is bigger. Another major difference is that the field of softball is smaller.

Before WBSC, International Softball Federation was the highest governing authority. In America, Amateur Softball Association (ASA) is the highest authority which was formed in 1933. Softball was introduced in Atlanta Summer Olympics in 1996 but it was later dropped from Olympics. 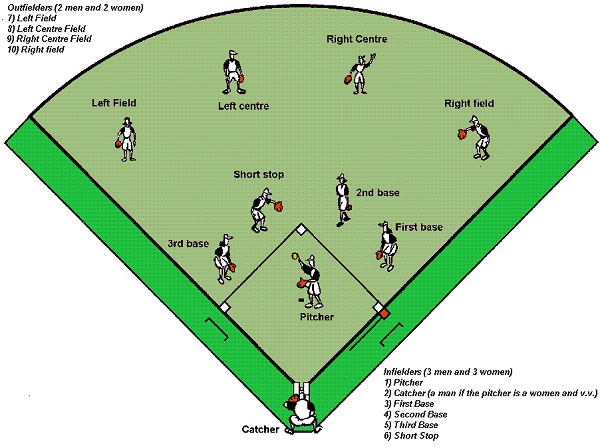 Softball is of three types which include −

In all the three types of softball, there are seven innings to be played.

Despite its name softball, the ball which is used is not soft. In fast pitch, the circumference of the ball is 12 inches and the mass is in between 178 gram and 194 gram.