Snooker – How to Play?

The objective of the sport is to score more points than one’s opponent by shooting and pocketing the object balls in the correct order. At the jolt of a frame, the balls are positioned and the players hit it by striking the cue ball with the tip of the cue. Their goal is to pot one of the red balls into a pocket to score points. If pocketing a ball is not possible then the player has to shoot a ball without making a foul. If the striker pots a red ball, he or she must shoot one of the six colored ball excluding the red ball. 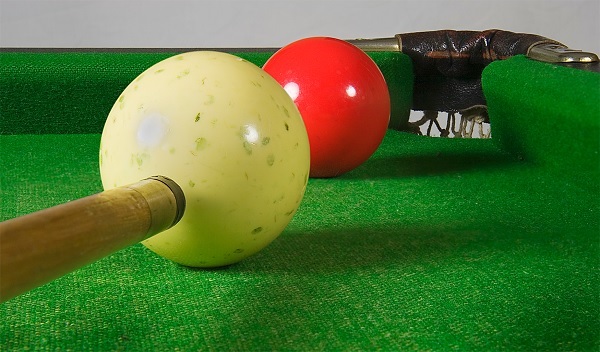 After that, the player must shoot another red ball, then another colour, and so on. This process remains until the striker fails to shoot the desired ball. At this point the opponent comes forward for playing the next shot. If the colored balls have been potted but red balls are still remaining, then the colored balls are resumed and put at the proper places.

The match is played till all the reds are potted and only six colored balls are there on the table. At this point, the colored balls should be potted in the order from least to most valued ball − that is, yellow first which gives, two points, then green which gives three points, brown which gives four points, blue which gives five points, pink which gives six points and finally black to seven points.

When the final ball is potted, the player with more points wins. If the scores stand equal and all the balls have been potted, the black is positioned back on its spot as a tiebreaker. A player can also compromise a frame while on strike if he or she considers there are not sufficient points available on the table to beat the challenger’s score. In professional snooker, this is a usual occurrence.

A player also gets points when his opponent commits a foul. A foul can occur for various reasons. The foul occurs if a player fails to hit the correct ball e.g. striking a color first when the player has to hit a red, or for shooting the cue ball into pocket.

The former may occur when the player is unsuccessful to escape from a snooker, a position in which the previous player leaves the cue ball placed in such a way that no legal ball can be hit directly without touching an illegal ball. Points earned from a foul vary from a minimum of four, to a maximum of seven if the black ball is involved.

The total number of successive points (excluding fouls) that a player accrues during one visit to the table is known as a break. A player getting a break of 15, for example, have reached it by hitting a red then a black, then a red then a pink, before deteriorating to pot the next red. The customary maximum break in snooker is achieved by potting all reds with blacks then all colors, yielding 147 points. 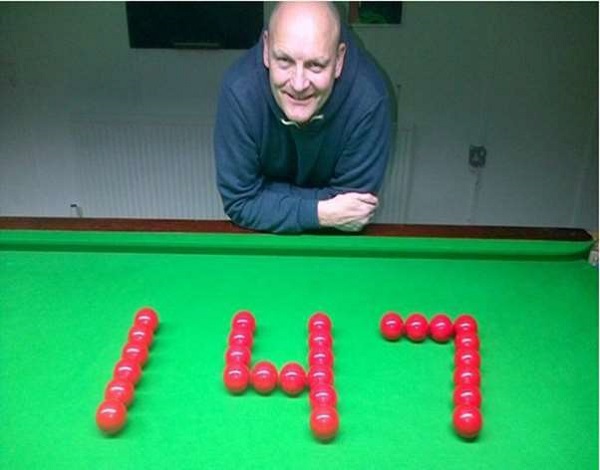 The highest possible break is a 155 break, commonly known as a super maximum. This is achieved via the opponent leaving a free ball with the black being sealed as the additional color, and then potting 15 reds and blacks with the colors. A great player, Jamie Cope has the merit of being the first player in snooker history to post a confirmed 155 break and achieved it in a training frame in 2005.

A complete match has pre-arranged number of frames and the winner is the one who wins most of the frames. A player has to win minimum five frames to win a match, which is called best of nine as that is the maximum possible number of frames. 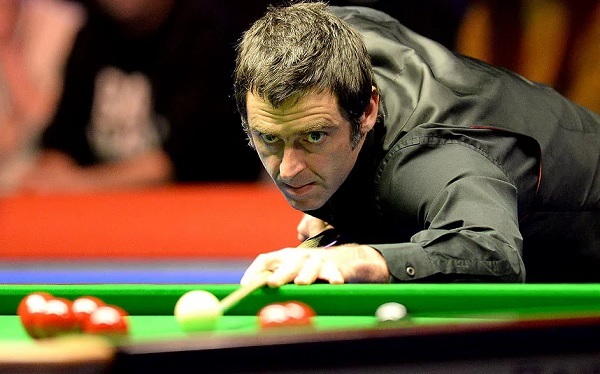 The final tournament can be of best of 17 or best of 19, while the world tournaments have longer duration of matches stretching from best of 19 in the qualifiers to the first round up to 35 frames in length, first to 18, and is played over two days. It can be extended if required until a winner is determined.