Though sky surfing is an extreme sport where the surfers play with utmost energy, but they have to adhere with the rules and regulations of the sport strictly. Undoubtedly this is one of the craziest and one of the most exciting sport that human being has invented. The players have to jump from a minimum height of 13,000 feet above the ground level which is around 4000 metres.

There are certainly no exiting postures or positions for the surfers unless imposed by the chief pilot of the plane. There is a chief pilot for safety reasons concerning with the players. 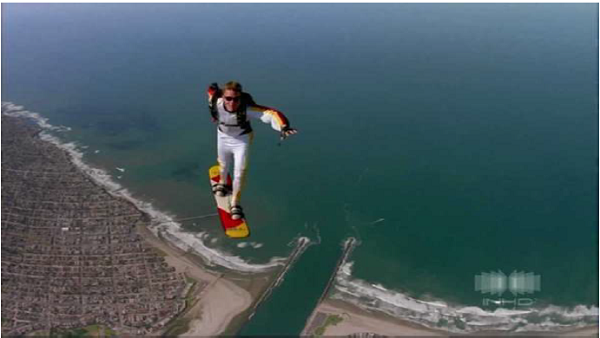 There are jump procedures for surfers. If a live air-to-ground system is used, then each team will receive an exit pass of their own.

Each team is responsible for going back to the officially designated landing zone to avoid any injury. Once the rule has been set up by the jump master and the conditions are acceptable for jumping, it is up to the team to jump and show their talent. We have mentioned about the conditions for jumping because the players have to jump from 13000 feet above the ground level, so weather conditions have a huge impact on this game.

A novice or a new comer should at first familiarize himself with flying with a board attached to his feet. This game looks very tough, so before entering into the sport, a player must practice a lot in his institute on ground.

After regular practice, the sky surfer becomes confident and he can start competing through a small sky surfing board. After practicing on a small board, he can go for a little larger board. The performer has to perform while being in an upright position.