Lacrosse has many variants each having slight or major different rules. In this chapter we will discuss about various variants lacrosse.

Generally lacrosse was played on large fields until the 1930s. Then the owners of Canadian Ice Hockey arenas created a reduced-size version of lacrosse called the box lacrosse, so that they can make more profits from their arenas.

Box lacrosse has two teams of six players each. It is played on an ice hockey field where the ice is removed or replaced by an artificial turf. It can also be played in an indoor lacrosse field. The playing area is enclosed in a box-shaped line, instead of an open field like in field lacrosse. Here the goal markings are smaller than those of field lacrosse, which are 4ft by 4ft at either ends of the box. 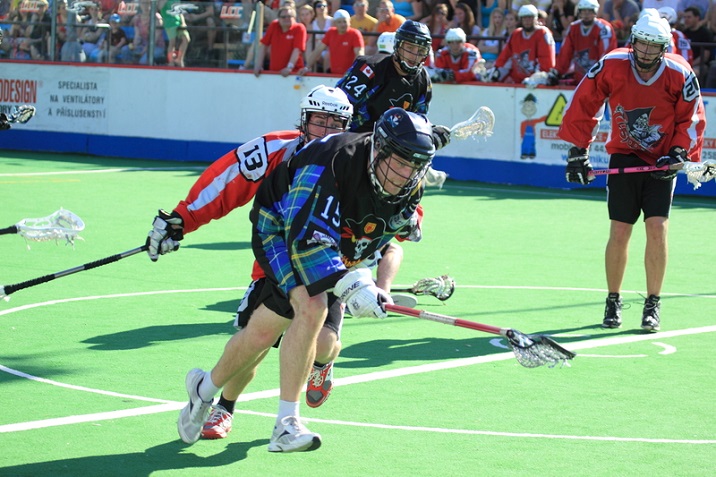 As there is more action on a smaller playing area, the goalkeeper has to wear more protective padding which includes a chest protector and armguards called the uppers, large shin guards called leg pads and an ice-hockey style mask or helmets specifically made for lacrosse.

A match of box lacrosse is swift and quick. After getting the ball, the attacking team tries to shoot a goal within 30 seconds. If the ball is on the defensive side, the players have to get the ball across the midfield line within 10 seconds.

In case there is an offence, the player is sent to the penalty box and the match continues without him for two minutes (5 minutes major penalty in case if it is assessed). Differentiating from field lacrosse, a player cannot be ejected from playing if he gets involved in a fight.

There are very different rules of women’s lacrosse than of the men’s. The equipment and the allowance of physical contact are the most significant ones. 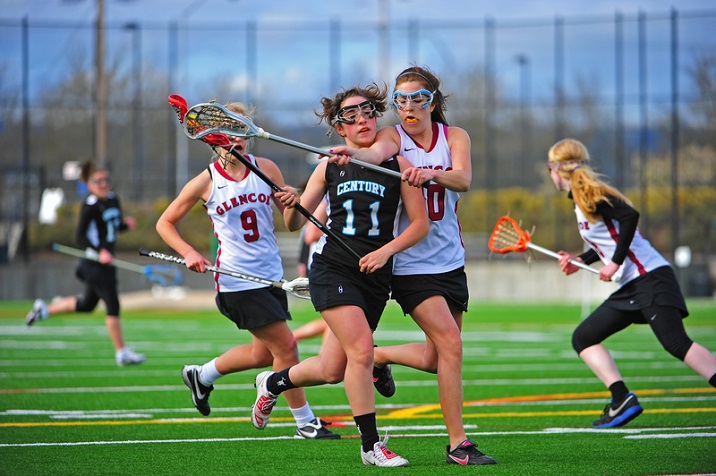 This mode of the sport allows no physical contact mainly because the player’s only protective equipment worn are mouth and face guards. The face guards are optional across the globe except in the US, where they are mandatory. There is stick checking here as well as body checking.

A typical women’s lacrosse match is initiated with two players placing their crosses in the air in front of them above the hips and the ball is placed in between the heads of the crosses. 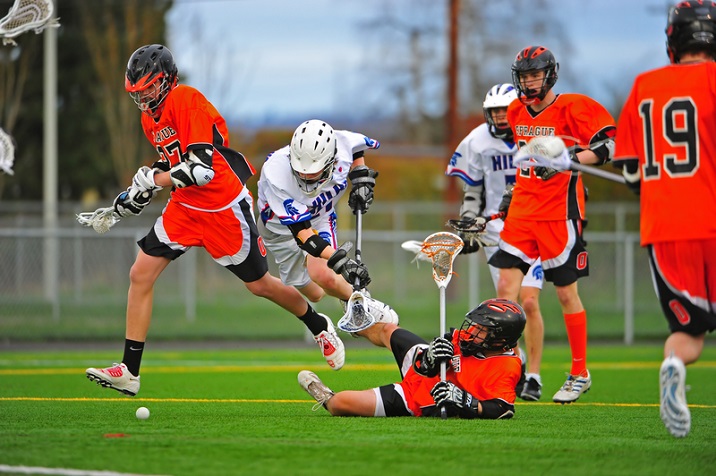 There are 209 men teams that compete at the Men’s Collegiate Lacrosse Association (MCLA) level where most of the major universities of the US are participants. Another 107 of schools have club teams in the National College Lacrosse League (NCLL).

Field lacrosse is played all over the world in which there are ten players in each team. The team is divided into attackers, midfielders, and defenders.

Major League Lacrosse was launched in 1999 in US. Several standard rules are followed but there are some exceptions also. In 1999, 56 matches were played from April to August. In 2001, six teams participated whereas in 2015, eight teams participated.

A shot clock in the Major League Lacrosse is a 60-second timer that begins when a team gets possession of the ball in its offensive half of the field. The team playing the offense has 60 seconds to take a shot at the goal. The shot must go into the net or at least get in contact with the goal or goalkeeper in any manner. If the shot clock exhausts during an offensive possession, the opposing team gets the possession of the ball at the midfield and resumes with a face-off.