Till now we have understood the basic mechanics of Freestyle Skiing. Now it’s time to learn about the step by step procedure on how to ski.

This is one of the initial stage that most of the beginners struggle about. Initially, put your boot into the binding. Make sure that the leaning angle of your boot and the ski must be same. On the front of the binding, slide the lip of the binding into the toe cup of the boot. 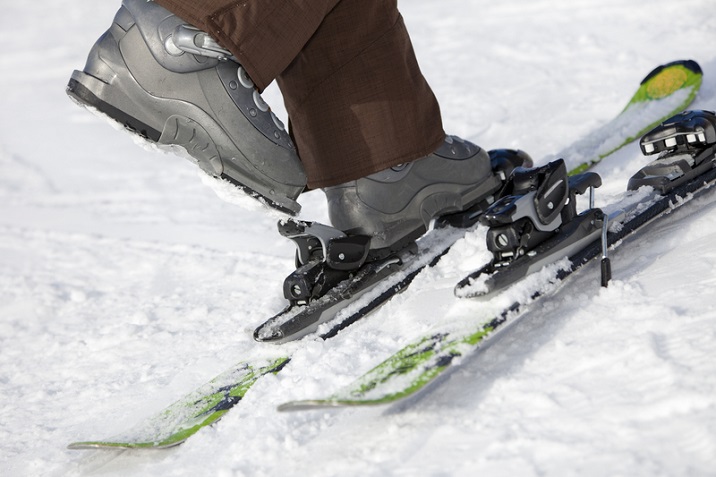 First of all, make sure that you are standing in a steady position of the ski without moving sideways. On the back of the binding, there is a heel lever. Push it down with the ski pole while dismounting yourself from the heel of the boot.

Then upward rotation of the heel cup takes place that results in releasing of the heel of the ski boot. Now it will be easy for you to take out your boot. Try the same with other boot too.

This is a method of travelling in a straight line on a slope where we can have control over our speed but not on the direction. To make a snowplough, align your skis in a Vshape in such a manner that the tips of the skis remain at a distance of 10 cms at least. The aim of this position is to obstruct the two skis from hitting each other or running over each other.

This type of a position acts as brake while travelling. The more distance apart the tip of the skis will be, the more will be the braking action with stable maintenance of the body.

Here technically we are moving in a straight line path, but your skis are aligned in a diagonal manner which in turn will create resistance and will result in a braking action.

We have to position the skis in a V shape again that too in such a manner that the right skis will try to go to the left side and vice versa. Distribute the weight of your body evenly on the skis and try to align more towards that ski that you want to make a turn.

If you have fallen back and want to rise up, then bring yourself to the side of the skis. Bring yourself as much close to the skis as you can and then pushing on your knees try to stand up and for this bring the weight on the forward ski boots.