Drag Racing – Disqualification of a Racer

A driver will be disqualified in case he leaves the starting line before the illumination of green light. In such a case, the red light will illuminate which indicates the disqualification.

Numerous measurements are taken for each and every race which includes the reaction time, the elapsed time of the race, and the speed. Reaction time is the time between the illumination of green light and the start of the race.

The first vehicle to cross the finish line is declared as the winner. The winner is the driver who has the lowest reaction time and elapsed time both. The elapsed time doesn’t determine the winner. It only measures the performance. 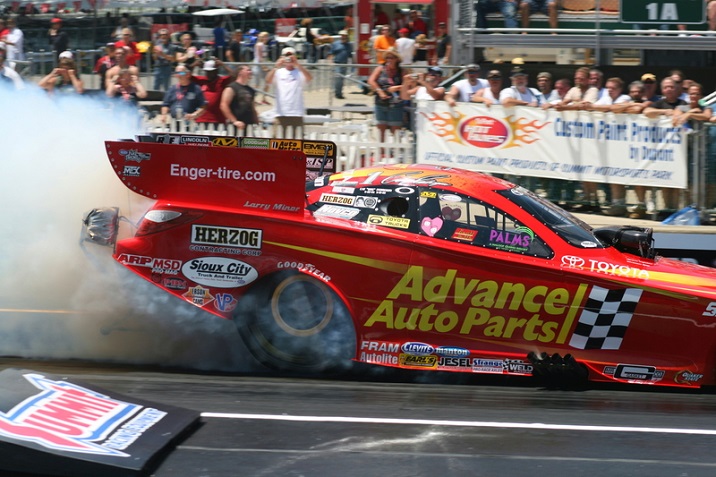 As elapsed time excludes the reaction time so it can be considered that even though the car elapsed faster but the driver didn’t react fast enough to the green light.

During practice, it is beneficial for the driver to start the car before the green light by a fraction of a second. It is the process when the car starts at an interval of split second, which is the time when the yellow light goes out and the green one illuminates.

When a red light foul is committed by a driver, then there is a huge possibility that the other driver will also commit the same mistake as they will also start the car following the front one. Even though they will do that they will not be disqualified as they will still be leaving after the green light. The front driver in the race is always have the Holeshot. A Holeshot is a win when the driver’s elapsed time is higher but the reaction time is lower.

The driver can also be disqualified due to infringement of any other rules and regulations,

During a format of common eliminator racing, the vehicle and the driver who loses get eliminated from the race and the winner goes to race the other winners till only one winner left.

If a situation arises when a driver doesn’t have an opponent to run with, he then takes a solo pass known as Bye Run to eliminate the benefit coming from less used engine.

In most eliminator formats, first round is best suited for the bye runs. During bye run, some of the drivers drive slowly so as not to stress the engine to an excessive point even though the choice of lane in every round is always determined by the time in previous round making the strategy possibly harmful.