Scoring in a match depends upon the position of the stone. If a stone lies within the 12 foot zone of the house, then only it is eligible for scoring. Sometimes, scoring can also be done if the edge of the stone is only inside the region or it just barely touches that. These types of stones are often named as biter. 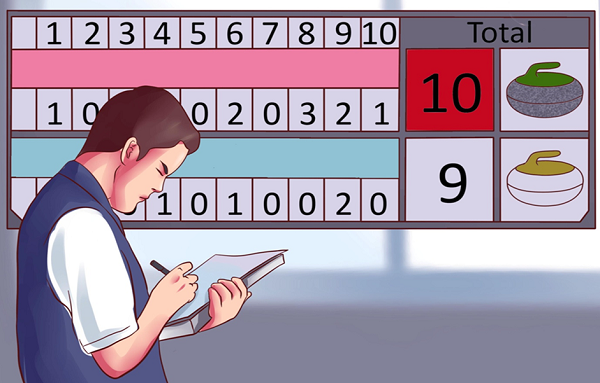 After the end of 8/10 ends, scoring process is done. The stones of both the teams are analyzed by noting their closeness near to the button.

Suppose there are two teams: Team A and Team B. After successful completion of throwing 8 stones each by both teams, each stone’s closeness of group A with respect button is analyzed as compared to B.

For every successful close move, the corresponding team is awarded one point. Suppose Team A has 5 stones much nearer to button as that of Tem B, then Team A will get 5 points and will win the match.