How to Play Bandy?

Bandy is played by two teams, each having 11 players. The idea is to get the ball and direct it to the opponent’s goal using bowed sticks. It is played on a rectangular field, just like field hockey, but this time the terrain is ice, hence players have to skate on ice.

There are certain rules which are inherited directly from soccer like 11 players in each team in which one is the goalkeeper. The offside rule is applied. A goal cannot be scored from a stroke-in or a corner throw. 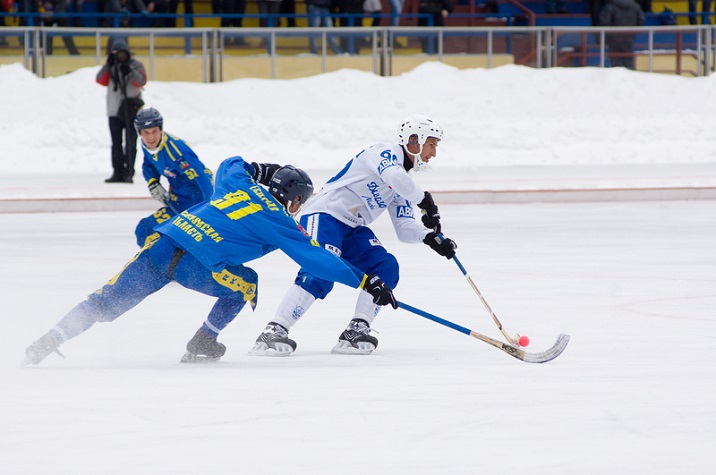 The team that has scored most number of goals at the end of the match is the winner. If both teams have scored equal number of goals, then the match is said to be draw. The main rule is that the players, except the goalkeeper, must not touch the ball with their heads, hands or arms intentionally during the match.

Players have to use their sticks to move the ball. They may also use any other part of the body except their heads, hands or arms and may even use their skates to some extent. If a player uses his head intentionally to move the ball, a five minute penalty is given by the referee.

Players generally use simple techniques like passing the ball to a teammate or dribble the ball with the sticks and try to bypass the opponent players and then make an attempt to shoot a goal.

Similarly, the opponents can try to take control of the ball by intercepting a pass or by tackling a player and then try to dribble away the ball. Physical contact between two opponents should be limited so that no one gets injured. 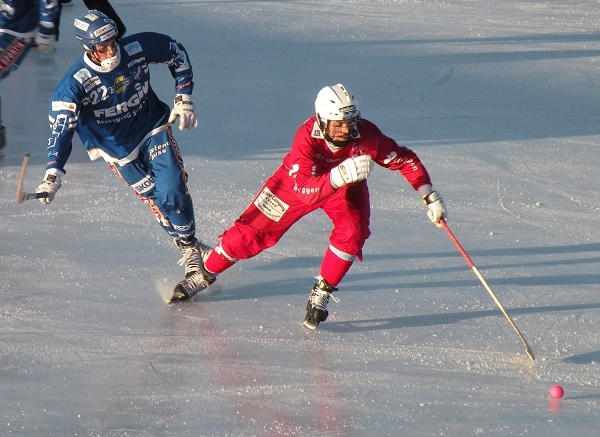 Generally, the game isn’t stopped in between unless the ball goes out of the rink or the referee announces a pause. After a pause, the match can be resumed by a corner stroke, a free stroke, or a penalty shot.

If the ball goes out of the field, the referee will have to decide which team’s player touched the ball before it went out and then the opponent team will get a chance for a free stroke, also called a restart stroke in this scenario.

The game has no specific description about positions for players except the goalkeepers, but with time certain strategic positions have been made up by players which are −

While players may spend most of the time in the specified positions, there are certain restrictions on the player’s movement. Players can switch positions at any time. This layout is called team’s formation.