Volleyball is played in a rectangular court, divided into two equal halves across the length by a net tightly stretched between two poles, fixed at either side of the court.

A standard international volleyball court is an indoor, rectangular in a shape whose sides are 18 meters and the ends are 9 meters. The surface of the court is neither slippery nor rough, to avoid injuries. International courts have wooden or synthetic flooring. 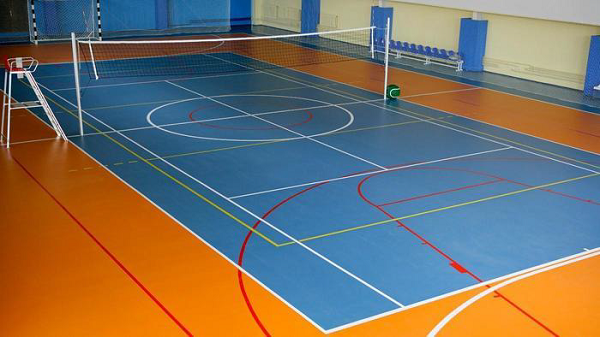 Free zone − The playing surface is surrounded by a free zone up to 3 meters on all sides. The free zone in international courts is 5 m from the longer sides and 8 meters from the shorter sides.

Service zone − This zone is used for servicing the ball to the opponent court behind the end lines and has a width of 9 meters. The player has to be in the service zone while jumping or serving.