In case of freestyle snowboarding, the snowboarders mostly use skate parks as the playing environment. The basic surfaces used are metal rails, logs, boxes, stairs etc. There are no certain specifications about the surfaces in case of jibbing and free style snowboarding. 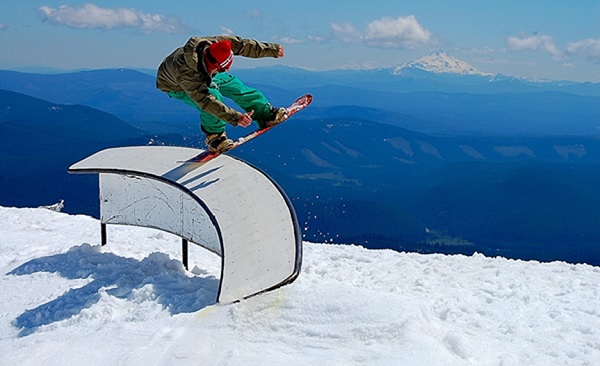 For halfpipe snowboarding, players use a halfpipe surface which looks like the bottom half of a pipe with two sides covered with walls and the middle sloppy ramp surface filled with snow for the ride. The walls on both side must have a height between 8-23 feet.

In case of skateboarding, the halfpipe surface used is basically made of wood or cement, here the surface will be completely made of snow or partially with a coating of snow over the basic surface.

In case of alpine snowboarding, the playing environment used is called piste and it comprises of a landscape above 1200 m and is covered with snow. The landscape is basically a slope structured area. For the race, different paths are drawn over the landscape with turns and slopes over the course. 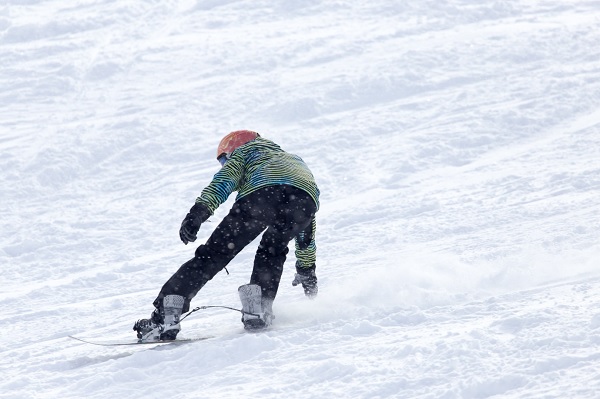 Usually the pistes have groomed and symmetric surfaces without any unevenness which is achieved by running a snowcat over the piste. Based on the degree of difficulty in riding over these slope surfaces, different colours are used. Usually in all regions, green is used to denote the easiest slopes whereas black colour is used for the expert level slopes.