Besides normal sport equipment, player also use different safety equipment in order to avoid injuries. The major equipment that is needed for this sport is the snowboard. Some basic details of the equipment used in this sport are as follows −

Snowboards are the basic equipment for snowboarding and are used for sliding over the snow filled surface. Usually the snowboard is made of hard wood core that is sandwiched between multiple layers of fibre glass. Other elements like carbon fibre, Kevlar, aluminium are also used in the making of a modern snowboard. 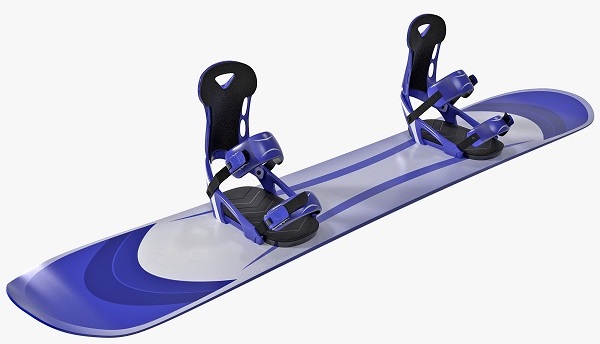 The nose and tail of the board are curled in upward direction in order to ensure flawless movement on even or uneven snow. There are two different ways to design the base of the board which are extruded and sintered.

Based on different variants of the sport and the surface used, different types of snowboards are used. Some of them are −

These are specially designed equipment and are attached to the snowboard. The major functionality of these bindings is to hold the boot of the rider in proper place in order to efficiently transfer the rider’s force into the motion of the board. Based on their characteristics, there are three types of bindings which are strap-in, step-in, and hybrid bindings.