Running – How to Play?

Before the tournament starts, players’ positions, the number of heats, and the number of rounds are decided by the organizing committee.

In sprints athletes take crouch position and in longer races, athletes should start the race from standing position. Here no starting blocks are used. They take respective positions in the lane before the starting line, when they hear on your marks call.

During sprint races, the ‘set’ position is taken on the next call, firmly placing feet on starting blocks and taking crouch position. For longer races, there is no ‘set’ call as they start their race in standing position. For the 800-meter race, athletes start from staggered starting points. For the 1500-meter race, athletes make a bunched start in standing position. 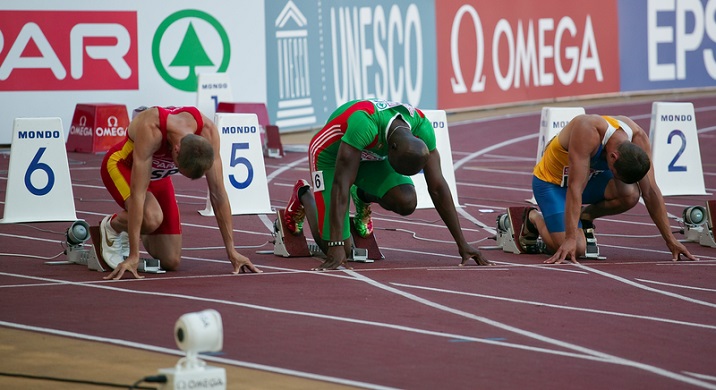 A Quick Glimpse of the Sport

Here’s how a typical race proceeds −