The arenas that are used for bull riding vary from each other. Some arenas are constructed only for bull riding and other rodeo sports, while others are used to play other games besides bull riding. The size of this arena mostly depends on the typical venue. Mostly it is a large area which gives the rider as well as the bull enough space to manoeuvre. 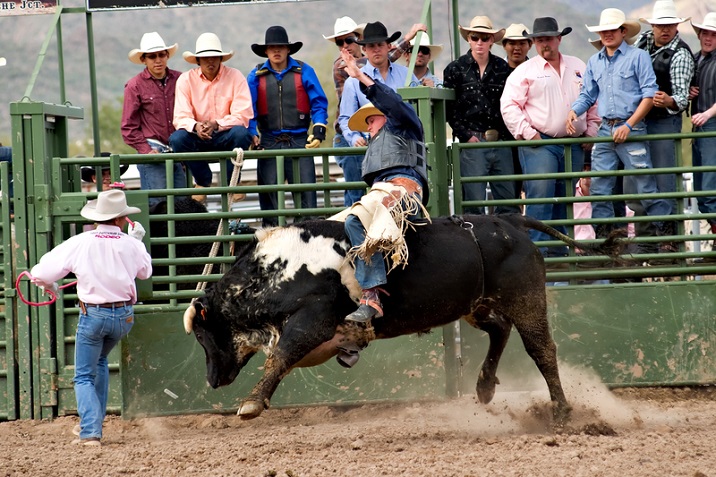 At one end of the arena, bucking chutes are there from which the bulls are released. These chutes are small square shaped places where the rider also mounts on the bull at the beginning and the bull rushes into the arena with the rider mounted on it. Another exit chute is there through which the bulls can exit the arena.