All extreme sports require high degree of preparedness, physical as well as emotional strength, and stamina. Wakeboarding is one of such sports. In this sport, the player rides over the surface of water using a flat and long wakeboard that is towed behind a motorboat moving at a speed of 30 to 40km/hr.

Wakeboarding was invented around the 1980s. Initially, it used to be known as Skurfing. The sport was originated in Australia and New Zealand. Initially they used binding- less, hand shaped boards for towing.

The first wakeboard was called Skurfer and it used to look like a surfboard with pointed nose, rounded pin surfboard like fins. In 1983, Howard Jacobs created several wakeboards by mounting wind-surfing foot straps and partial hydro slide-pads on smaller surfboards. He shaped such surfboard first with added sophistication. 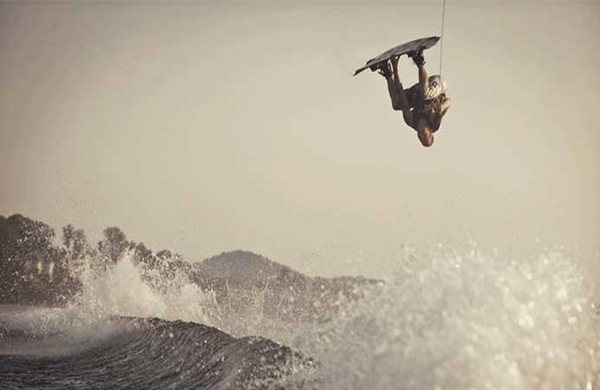 Paul Frase, his brother Murray, and a pro-snowboarder sponsored by them re-named this sport as Wakeboarding. Paul approached Herb O’Brien, the icon of wakeboarding, who later manufactured the world’s first hyper lite wakeboard in 1991. It was world’s first compressionmolded boards. The hyper lite boards helped a much easier start of the game and played a vital role in increasing the popularity of the sport.

In this sport, the players need to perform different tricks and stunts while maintaining proper control and balance on the wakeboard being towed in the water.

Based on the player’s control and skills, and the selection as well as execution of the skills, a panel of three judges records the performance of the players. The player with highest score is declared as a winner.

The World Skiboard Association (WSA) founded in 1989 under whose command the first World Skiboarding Championship was held and this game was added in X games.

The regulating body WSA was renamed as World Wakeboard Association (WWA) in 1993 by the riders for the riders governs, promotes, and persuades to grow the wakeboard sports around the world. The association has given a number of amateur and professional wakeboard players, rules, regulations, and competitions since the last 27 years.

Yet another regulating body named The International Water ski and Wakeboard Federation (IWWF) organizes wakeboarding game competitions worldwide. It is also recognized as the official partner in wakeboarding by the Olympic committee. 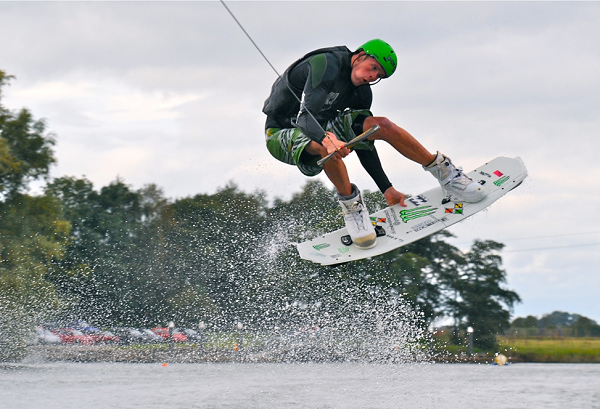 Some of the countries where wakeboarding is very much popular both as a sports as well as an recreational activity are: Netherlands, Germany, Russia, Great Britain, USA, Austria, Mexico, Poland, Belgium, and Norway.