In case of competitive climbing, the players climb an artificial wall. The climbing has a strong resemblance with natural climbing obstacles and has grips for both hands and feet to climb. This sport is considered as an indoor sport but it is also performed at outdoors.

Some of the walls are constructed out of bricks and woods whereas in case of modern climbing, most of the climbing walls are made of thick multiplex board with holes drilled on it. Recent walls are made of manufactured steel and iron. The walls have places for fitting the belay ropes. 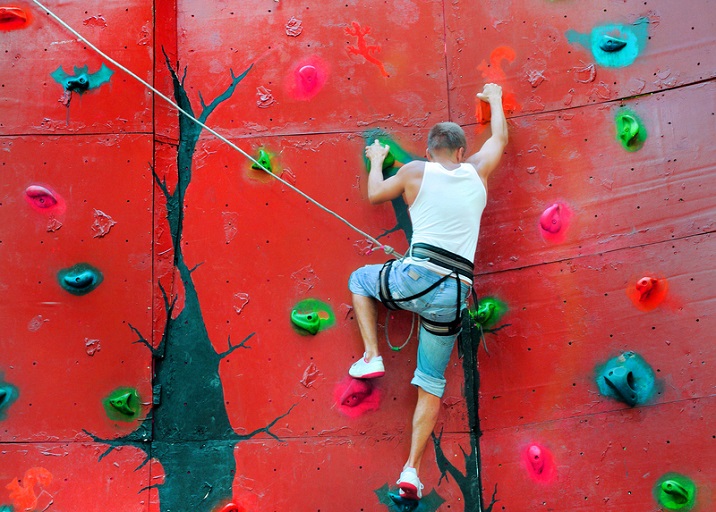 Different types of walls are there based on the materials used in their construction. The simplest kind of wall is made of plywood and is also called as woody. The holds used on a plywood wall may be bolt-on holds or screw-on holds. Bolt-on holds are fixed to the wall by iron bolts that are inserted through the holds whereas screw-on holds are smaller in size and are connected to the wall by screws.

Besides plywood, walls are also constructed using slabs of granite, concrete sprayed onto a wire mesh, pre-made fiberglass panels, large trees, manufactured steel and aluminium panels, textured fiberglass walls and inflatables. The holds that are placed on the walls are of different colours. 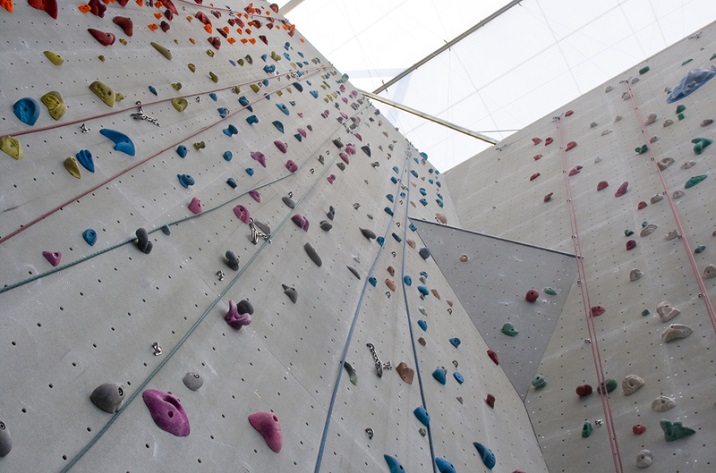 Each hole on the walls contain a specially formed t-nut that allows modular climbing holds to be screwed into the wall. The outer face of the wall is covered with concrete and paints or polyurethane loaded with sand. The grips are made of different sizes to resemble an outside rock.

All holds are painted with different colours and holds with same colours form a route. These routes are of different difficulty levels and are overlaid on one another. In another way, the route is defined by the holds with coloured tapes placed below it.

During the climb on a specific route, a climber is allowed to use only the holds with designated route colours as hand grips but is allowed to use both hand-holds and footholds as well as surface structures and textures as foot grips. The level of difficulty of the routes are usually a result of consensus discussion between the route setter and the first few climbers to climb the wall.