What is Human Anatomy ? 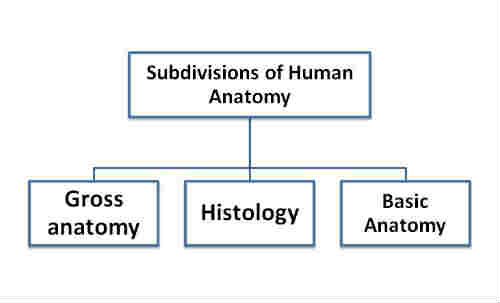 In gross anatomy, the structure of the human body is studied as seen by naked eye. There are two approaches for gross anatomy: Regional approach and Systemic approach.

Histology or microscopic anatomy is the study of the structure of various organs and tissues of human body under a microscope. The understanding of the ultra-structure helps to understand the tissues and organs in a better way.

In addition to the main subdivisions of human anatomy described above, a third branch, called basic anatomy, is considered of significant importance. It explains the basic terms and definitions used in the study of gross as well as microscopic anatomy. Thus it provides an introduction to anatomy and tells how to study it.